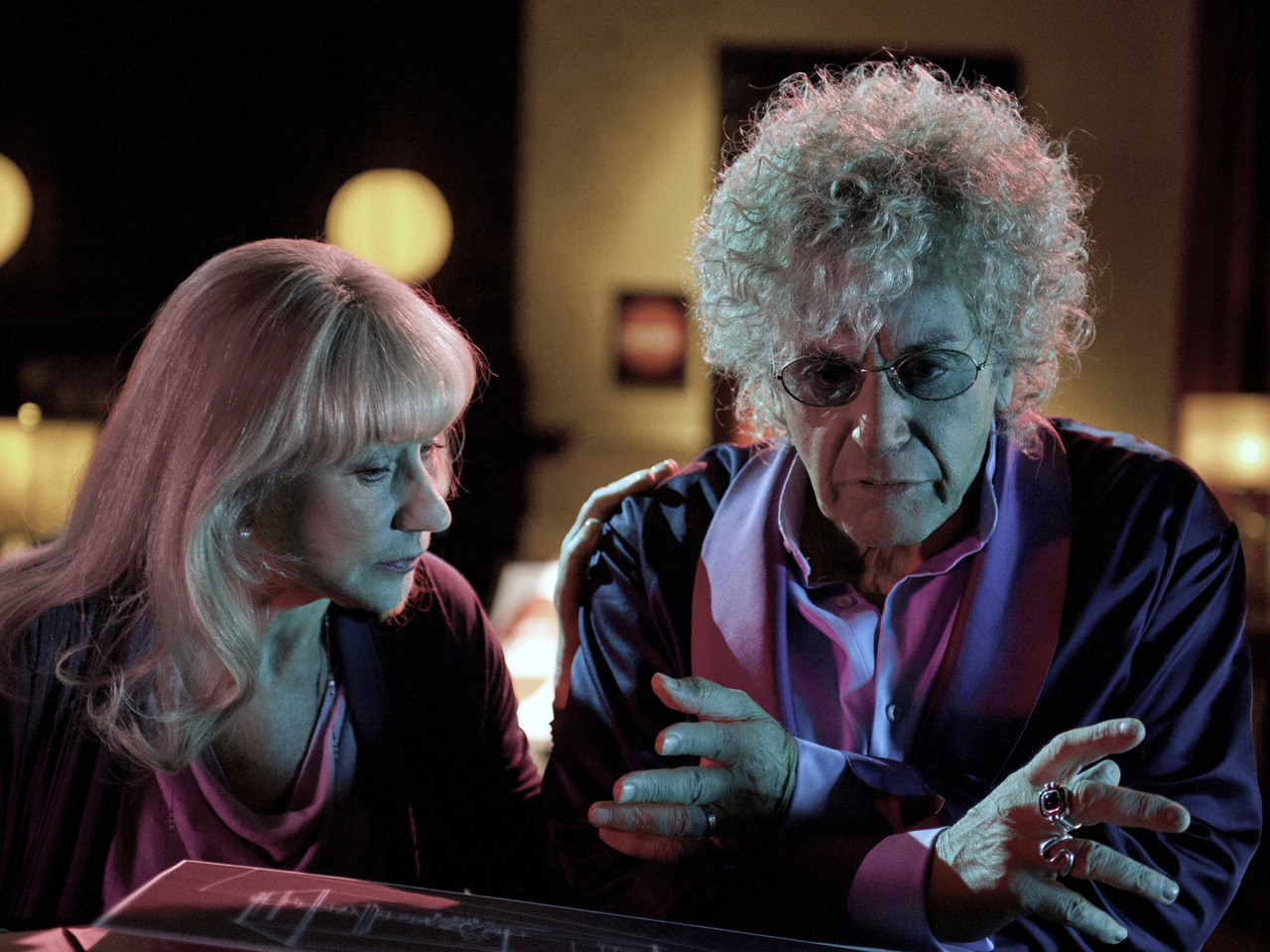 The man. The music. The murder trial.

Acclaimed playwright and filmmaker David Mamet's new HBO film "Phil Spector" may have viewers singing a different tune about the guilt of the legendary record producer who stood trial twice on murder charges following the 2003 death of struggling actress Lana Clarkson. Oscar-winner Al Pacino steps into Spector's shoes (and wigs) as the Hollywood eccentric relies on his new defense attorney Linda Kenney Baden (fellow Oscar-winner Helen Mirren, in an effortless performance) to help save his image, and ultimately his freedom.

CBSNews.com had the chance to see the film in advance of its official premiere on Sunday, March 24, and we can tell you that Pacino's knockout portrayal alone will be enough to make "Phil Spector" one of the more memorable TV events of the year.

But not everyone has been a fan of "Phil Spector," including the man himself. Spector, 73, has refused to have any involvement with the project and his third and current wife, Rachelle Spector -- who is more than 40 years his junior -- spoke out against the film to "Entertainment Tonight."

Before Clarkson died at his mansion in 2003, Spector had been celebrated for revolutionizing the music industry with his unique "wall of sound" production approach -- "a milestone in recording history," according to Rolling Stone. Spector turned out some of the biggest hits of the 1960s, like The Righteous Brothers' "You've Lost that Lovin' Feelin'" and "Be My Baby" by The Ronettes. At the height of his career, he worked with some of music's top acts including The Beatles and Tina Turner. The "Phil Spector" soundtrack includes many of these classics with some of his best work on display in the film.

But beneath Spector's chart-topping hits laid a darker image. There was talk of erratic and at times dangerous behavior in the recording studio, such as a now-legendary session with punk group The Ramones in which Spector is said to have held the band members at gun point until they produced a recording to his liking.

There was also talk of domestic troubles. Spector had been accused by ex-wives and old flames of holding them at gunpoint during intimate encounters, allegations which would later come to haunt and condemn him in the public eye during his first murder trial.

"Phil Spector" begins after Clarkson's death as Baden reluctantly goes to meet with her new client in his ominous L.A. mansion, the same house where the shooting death occurred. Mamet masterfully crafts the lawyer's first entrance into Spector's lair, where we get to see Pacino on screen for the first time, in a scene reminiscent of an old Hollywood horror film. In many ways, this is a monster movie, with the plot more comparable to "Frankenstein" than the O.J. Simpson case.

We see Spector through Baden's eyes initially as an oddball egomaniac who took his gun fetish too far one night. But when Baden actually examines the forensic evidence, it becomes clear to her that Spector physically could not have fired the gunshot blast that killed Clarkson. Mirren's character concludes that the science of the case points to an accident or suicide, but will the jury be convinced?

Can a man as hated and eccentric as Spector ever get a fair trial among his peers? That's the argument at the heart of this case.

Our verdict: Tune in to "Phil Spector."

Note: The filmmakers are quick to point out that this "is not based on a true story," but rather a re-interpretation of the events.