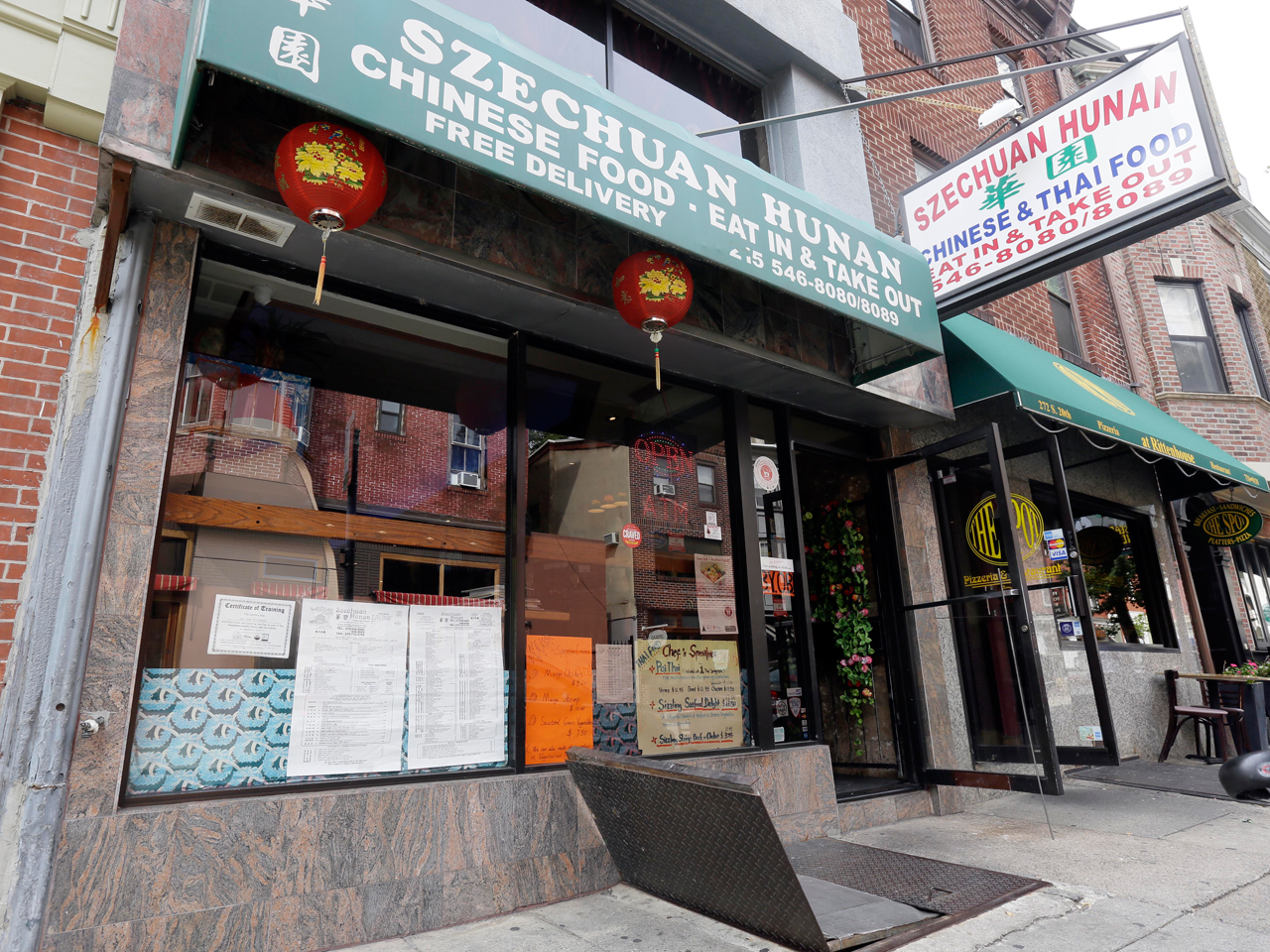 PhiladelphiaSome Chinese takeout restaurants in Philly are dropping sodium content from their dishes in an effort to curb the city's high hypertension rates.

Organizers have recruited more than 200 eateries across Philadelphia for the city's Healthy Chinese Takeout Initiative, which aims to reduce the food's salt content by 10 percent to 15 percent.

This interactive map shows which takeout restaurants are part of the initiative.

The city is focusing on salt consumption because 37 percent of residents have high blood pressure, or hypertension. The number jumps to 47 percent for African-Americans, according to a 2012 survey by the Public Health Management Corp.

Amar Jones knows that high-salt Chinese takeout isn't good for his high blood pressure -- but the lure of shrimp with broccoli is tough to resist.

So he was heartened recently to hear that his favorite dish now has 20 percent less sodium thanks to the effort.

"People might think I'm being extreme, but you're probably going to save some lives," Jones said. "You might save my life."

Hypertension is a major risk factor for heart disease.

Participants have made several changes, such as flavoring orders with chilies or garlic instead of sodium; using less sauce; distributing soy sauce packets only on demand; and posting nutrition information.

It's the latest effort by a major U.S. city to help people eat better. Many have already banned trans-fats, and some require restaurants to post calorie counts.

The multi-agency initiative, which began about a year ago, focuses on mom-and-pop Chinese joints because they are "an enormous industry" in the city, serving about 3 million meals a year, said Health Commissioner Donald Schwarz.

"In one dish, adults who go to many Chinese take-outs had been getting their full days sodium, so we thought we had an issue," Schwarz told CBS Philly earlier this month.

The dishes are cheap and easily available, especially in low-income minority neighborhoods that often lack supermarkets and access to fresh produce.

But many residents -- and even takeout owners -- didn't realize how the meals affected their health, said Schwarz.

"In some restaurants, the restaurateurs were really taken aback by the amount of sodium in their food," Schwarz said.

U.S. dietary guidelines recommend that Americans consume less than 2,300 milligrams of sodium per day - about a teaspoon of salt. The American Heart Association recommends an even lower amount - no more than 1,500 milligrams per day.

Yet an order of chicken lo mein from local takeouts averaged 3,200 milligrams, while shrimp with broccoli had 1,900 milligrams.

Organizers offered a series of low-sodium cooking classes last summer with the goal of changing the ingredients but not the taste. Nine months later, salt content in those two dishes dropped 20 percent in samples taken from 20 restaurants.

Researchers plan to test the food again in a few months, and expand the program to other items.

Diets high in sodium may raise risk for stroke, heart failure, osteoporosis, stomach cancer and kidney disease, according to the heart association.

"Change is always not an easy process, and there was some reluctance in the beginning when we started this project," said Grace Ma, director of Temple University's Center for Asian Health.

Xue Xiu Liu, owner of Choy Yung Inn in the city's Point Breeze community, said through a translator that he got involved to improve customers' health. Business is about the same, Liu said.

Jones frequents the takeout because he works just up the block at the Arabic Institute. And he said he's hardly alone, often joined by colleagues or neighbors.

"We're always going in there, even if we don't want to sometimes. There's nothing else to eat," Jones said. "You want something hot, you want something now, so you order from the Chinese store."

The Food Trust, a Philadelphia-based organization that promotes healthy eating, praised the city for working with the takeouts instead of pointing fingers. The eateries are community gathering points and not going away anytime soon, noted spokeswoman April White.

"Let's find ways to make everyone a part of the solution," White said.

The Food Trust is not part of the study. Participants include the city health department, Temple University, Asian Community Health Coalition and restaurant association; the project is supported by local and federal funds.