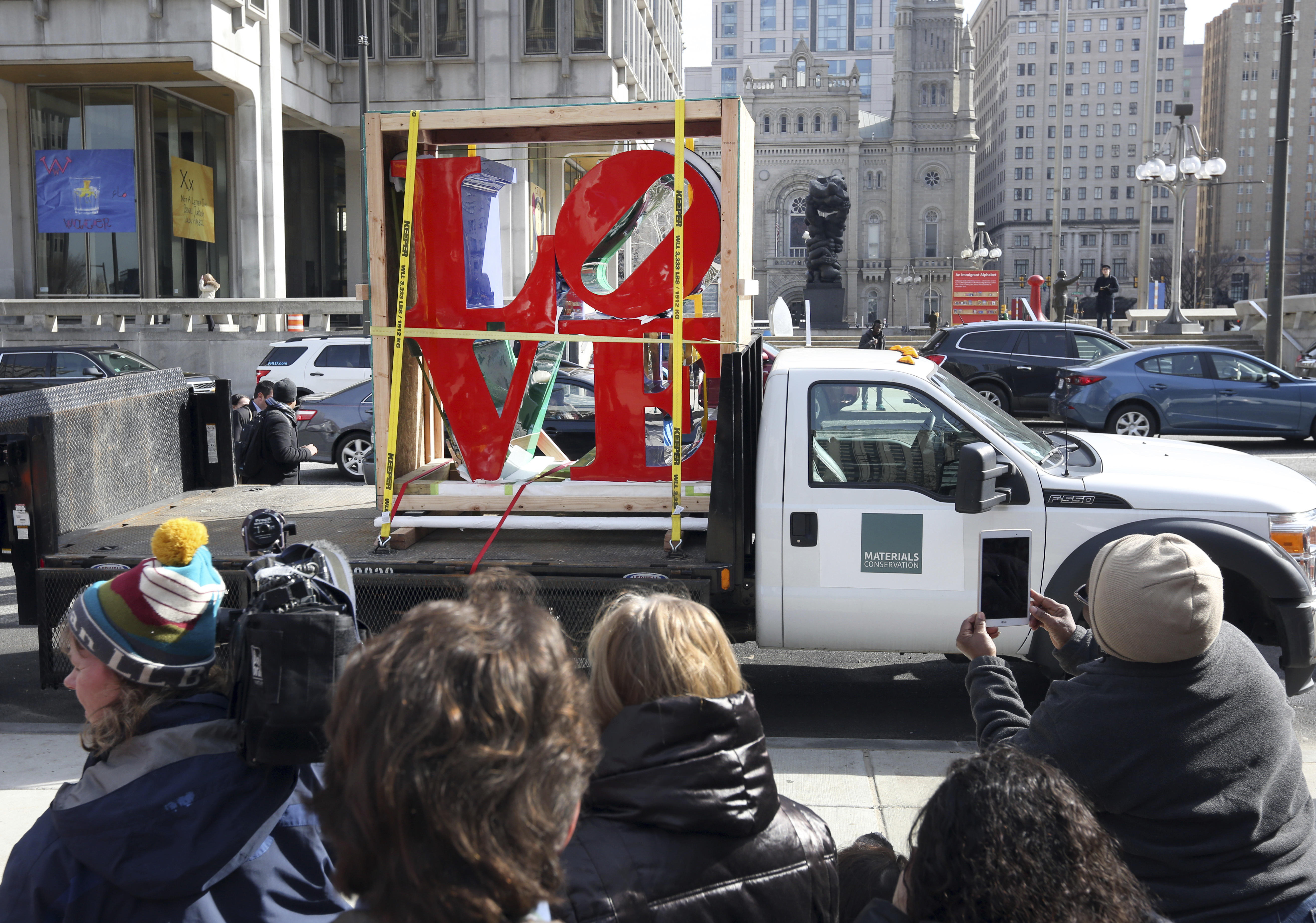 PHILADELPHIA -- Love returns to the heart of Philadelphia in grandiose fashion. The iconic LOVE statue is back home at LOVE park, CBS Philadelphia reports.

"It's been a way for a year. It's been undergoing a major restoration, and it's coming back to LOVE Park, just in time for Valentine's Day," said Margo Berg, the site's public art director. "We are excited to be parading it through town, welcoming it back to Philadelphia, after a whole year of being away."

The statue made its triumphant return to Philadelphia on Tuesday in the form of a parade. The short parade started at 25th and Pennsylvania in Fairmount on Tuesday morning and ended at JFK Plaza, which is better known as LOVE Park.

Berg said the parade displayed the statue in front of other Philadelphia monuments, like the Swann Memorial Fountain and the Joan of Arc statue.

"See it on the move, see it kind of in different iconic locations, take a selfie in front of it as it's moving through town and kind of welcome it home," said Berg.

The Robert Indiana sculpture spend a year getting a makeover as it cost $55,000 for a fresh paint job and primer, among other enhancements, and $12,000 for a new stainless steel pedestal.

This parade, however, while a bit toned down from last Thursday's Super Bowl parade, still feature school children cheering. Those gathered spontaneously sang the fight song for the Super Bowl champion Philadelphia Eagles as a forklift placed the sculpture atop a pedestal.

Susan Murphy had the day off from work and came to the park to see the sculpture reinstalled. She played the Beatles "All You Need is Love" on her iPhone and sang along with her new pal Caitlin Night, who swung by take photos of what she called "the symbol of our city."

"This is what we are known for, and it's wonderful to have the 'LOVE' back," Murphy said. "The city seemed empty without it."

The sculpture was temporarily installed at nearby City Hall in 2016 while Love Park was going through a renovation.

Deborah Rickards, who teaches third grade at nearby Friends Select School, brought her class over to see the statue's return.

"We consider the city to be part of our campus and all of these kids know the LOVE statue," she said.

Student Caroline DeFalco said she thinks the statue is one of the city's best.

"I missed it," she said. "It's a really big part of Philadelphia."

There will be an official park and statue dedication in the spring.