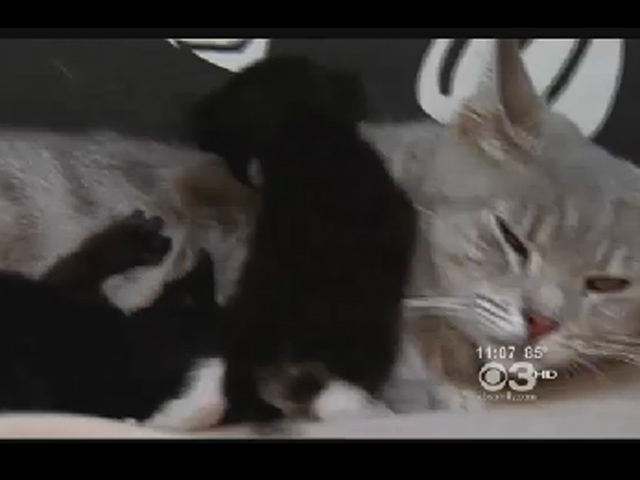 (CBS/KYW) PHILADELPHIA, Pa. -  It was a shocking display of animal cruelty: kittens were caught on tape being swung by their tails, thrown in the air and rolled on the ground like bowling balls, according to Philadelphia police.

The video led to the arrest of Yu Zhen Chen, 25, on July 26 on charges of torture and cruelty to animals, reported CBS Philly.

Local police said they were reviewing the video while looking for a suspect in a shooting, when they saw the animal torture being committed in the back alley of a Chinese restaurant.

"As they went through the video footage looking for a suspect, they found at the end of this footage, an individual, a Chinese individual literally torturing cats," Bengal explained.

Restaurant workers did not comment on Chen's whereabouts on Friday evening, reported CBS Philly. He took over the restaurant a few months ago, according to neighbors.

Numerous kittens are shown being tortured on the video, but investigators were only able to rescue the mother cat and two of her kittens, according NBC Philadelphia.

"At this time we don't know where they are or what exactly happened to them. If he's found guilty with this he'd be looking at couple years in jail and he could be looking at up to $8,000 in fines," Bengal told CBS Philly.

The mother and her two kittens are now safe at the Pennsylvania SPCA. The two-week-old kittens are said to be healthy, but much too young to be put up for adoptions, officials say. They will be in need of good homes in the near future.