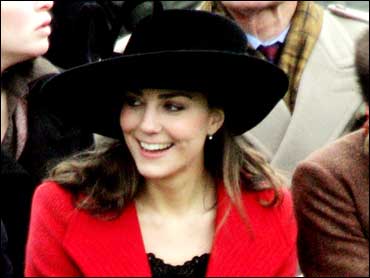 Hat maker Philip Treacy will make wedding hats for members of the royal family and other attendees of Kate Middleton's marriage to Prince William.

The milliner confirmed to "People" that he's making wedding hats but didn't specify for which members of the royal family.

The Daily Mail reports Camilla Parker Bowles is a fan of Treacy's. He designed the hat Bowles wore when she married Prince Charlesin 2005. Middleton wore a Treacy creation when Prince William was commissioned as a British Army officer after graduating from Sandhurst in 2006.