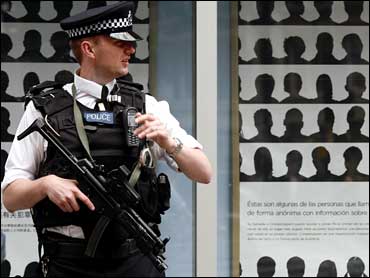 LONDON -- Students at more than a dozen schools across England were forced to evacuate their classrooms Monday by what appeared to be a rash of hoax phoned-in threats about bombs and beheadings.

From London to Newcastle in the north of England, at least 12 schools were evacuated after anonymous phone calls to the offices warning of bombs, The Independent reported.

The newspaper cited a Metropolitan Police official as saying "the schools were evacuated as a precaution while the incidents were looked into," but that all the buildings had been checked and cleared.

"The incidents are being treated as malicious communications," the Met told The Independent.

Some of the calls were extremely graphic, with a staff member at a school in Canterbury being told a bomb was in place and "the shrapnel will take children's heads off," according to The Star.

An adult male caller was reportedly behind all the threatening calls. Police were trying to identify the individual.

"Police intelligence suggests there is no credible threat behind the calls...they mirror the hoaxes several schools received just a few days ago," Assistant Chief Constable Carl Foulkes told the newspaper, adding that local police had been dispatched to the affected schools "to offer reassurance."

It's not the first time this year that British schools have been subjected to hoax threat calls. In January similar calls led to the evacuation of 14 schools as students sat exams. The culprits behind those hoaxes have not been identified.