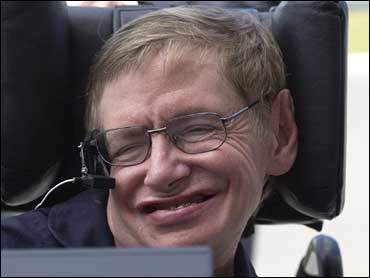 Renowned physicist Stephen Hawking savored weightlessness, flipping in the air after years of being able to make only tiny facial movements. But he hopes it is only the appetizer.

"Space, here I come," Hawking said Thursday after going on a two-hour jet flight that creates 25-second bursts of weightlessness for its passengers by making parabolic plunges.

The jet made eight dives for Hawking, his physicians and nurses and two dozen others. During two of the plunges he made two flips like "a gold-medal gymnast," said Peter Diamandis, chairman of Zero Gravity Corp., the company that owns the jet.

"It was amazing," Hawking said. "I could have gone on and on."

Hawking, a mathematics professor at the University of Cambridge who has done groundbreaking work on black holes and the origins of the universe, has the paralyzing disease ALS, also known as Lou Gehrig's disease.

The 65-year-old was the first person with a disability to experience the flight by Zero Gravity, which has flown about 2,700 people out of Florida since late 2004 and began offering the flights in Las Vegas this week.

Hawking hopes the zero-gravity flight is a step toward going on a suborbital flight, which may be offered by private space companies by the end of the decade.

"It's a test to see how well he can handle the g-forces that would be necessary in order to leave the atmosphere," said Sam Blackburn, Hawking's assistant. "That is very much one of the major purposes of this flight."

Unable to talk or move his hands and legs, Hawking can only make tiny facial expressions using the muscles around his eyes, eyebrows, cheek and mouth. He uses a computer attached to his wheelchair to talk for him in a synthesized voice by choosing words on a computer screen through an infrared sensor on a headpiece that detects motion in his cheek.

He raises an eyebrow to signal "yes" and tenses his mouth to the side to indicate "no."

"I want to demonstrate to the public that anybody can participate in this type of weightless experience," Hawking said before the flight.

Hawking's personal physicians were on hand to make sure nothing went wrong. The physicist was attached to heart, blood pressure and oxygen-measuring monitors during the flight, and the monitoring showed nothing out of the ordinary. Medical equipment sufficient for a mini-intensive care unit also was on board, just in case, said Dr. Edwin Chilvers, Hawking's personal physician.

"I think my physiological parameters were in worse shape than Stephen's," said Chilvers, who also went on the flight.

The Zero Gravity jet flew up to 24,000 feet over the Atlantic Ocean off the Florida coast, then climbed to around 32,000 feet and made the parabolic dives back to 24,000 feet.

The jet's interior is padded to protect the weightless fliers and equipped with cameras to record their adventure. Normally, the plane conducts 10 to 15 plunges for its passengers, who pay $3,750 for the ride, although that fee was waived for Hawking.

As a further safety precaution, Zero Gravity founders Diamandis and Byron Lichtenberg, who has flown on the space shuttle, were on either side of Hawking so they could lower him to the ground gently at the end of the parabola. Hawking also took a motion sickness pill as a precaution.

Others on the flight included financial backers of Zero Gravity and passengers who bid a total of $150,000 toward charities to go on the flight.

Hawking said he had an ulterior motive for going on the flight besides raising money for charities and the thrill of weightlessness. He said he wants to increase public interest in space since he believes humans' survival depends on going into space.

"I think life on Earth is at an increased risk of being wiped out by disaster, such as sudden global warming, nuclear war or a genetically engineered virus or other dangers," Hawking said. "I think the human race has no future if it doesn't go into space." 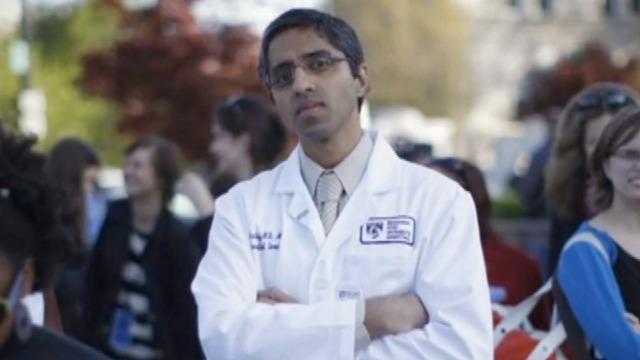