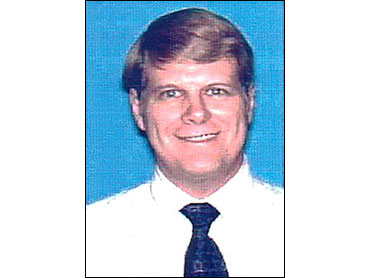 As a boy, Russell Filler became so absorbed with outer space that he built a mock-up of a space station in the basement of his home in Indiana. That passion followed him into adulthood.

While kidney disease prevented Filler from becoming an astronaut, he had a long career in the aerospace industry and worked the last six years for a NASA contractor.

But the life and career he had carefully built unraveled over the past few months. Friends said he was about to be laid off, was battling depression and was the only suspect in the theft of a laptop from NASA's Johnson Space Center in Houston.

On Nov. 17, Filler got into a single-engine plane with a flight instructor, explaining he wanted to update his pilot's license. In mid-flight, Filler unclasped his seat belt, opened the door and apparently jumped.

Authorities, who are awaiting final autopsy results, are still not calling Filler's death a suicide, but they say all indications are that he intentionally leapt out of the plane. He was 47.

"He was very distraught. He was crying," Filler's friend of 24 years, David Lamar, said about a phone call he got from him on Nov. 15. "He was very upset. He said he could hurt himself."

Filler was diagnosed in September with clinical depression shortly after getting a notice he would be laid off as a senior engineer at the United Space Alliance, said Lamar, an engineer for NASA's Glenn Research Center in Cleveland.

According to NASA.gov, the United Space Alliance is a Boeing and Lockheed Martin joint venture which is a prime contractor for space shuttle operations.

Mike Curie, a spokesman for the alliance, said he could not comment on whether Filler was going to be laid off but he did say no companywide layoffs were planned anytime soon.

On Oct. 27, employees at Johnson Space Center noticed a laptop missing from a conference room. Authorities say on Nov. 2, a tracking device within the computer traced it to Filler's home.

He told them he bought the laptop for $500 in a parking lot from an individual who had posted an ad on a grocery store bulletin board, said Harris County Sheriff's Capt. Robert Van Pelt.

Filler told authorities he knew the computer was stolen but "it was too good of a deal," Van Pelt said. Filler couldn't offer authorities a name or thorough description of the man who sold him the computer.

Although Filler didn't work in the building where the laptop was stolen, he had access to it, Van Pelt said. Sheriff's investigators were preparing to recommend that Filler be charged with felony theft.

But before that could happen, Filler got into the plane on Nov. 17. After it climbed to 9,000 feet, he apparently jumped, said Waller County Sheriff's Department Lt. John Kremmer.

"All signs are there's no indication otherwise at this point," he said. "The FAA inspected the aircraft and found it to be in good working order. The flight instructor was just an individual that was at the wrong place at the wrong time."

By Juan A. Lozano