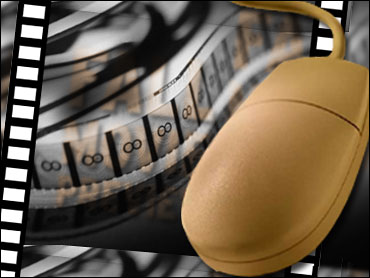 If the film industry is to survive the age of piracy, "it must adopt new business models," warned U.K. Film Council CEO John Woodward. The pic biz has to help the public "easily buy what they'd otherwise steal."

After pointing out the connection between piracy and organized crime, Motion Picture Assn. regional director Dara MacGreevy said it's "unlikely" the Internet could ever be policed. But he emphasized that policing arms of various countries must step up mutual cooperation, and international groups like Interpol should become central to the battle.

MacGreevy said hisa organization is working on various tech solutions (such as watermarking), pressing for legislation on in-theater camcording (with 90 percent of online films coming from camcorder copies) and fighting to increase public awareness.

Serge Siritzky of Ecran Total labeled the situation "quite disastrous" and "a catastrophe."

The session, held in the Palais' Salle Bazin, was the kickoff in a series of events about piracy. After the two-hour introductory session, three afternoon events explored tech contributions to the antipiracy fight, legal responses and the relationship between cinema and the Internet. The day concluded with remarks from jury president Quentin Tarantino and fest organizer Gilles Jacob.

The daylong event is the first of several devoted to the topic. On Sunday, Variety editor-in-chief Peter Bart and director Philippe Labro will host a session for worldwide film execs to mull the topic.

MacGreevy was one of several panelists who rattled off a series of scary stats the 72.8 million pirated items (DVDs, discs, etc.) seized in 2003 represents a 25 percent increase from the previous year.

An animated Laurent Petitgirard, head of music authors' rights group SACEM, spoke of the music crisis, with 50 million files downloaded in one month from December 2002-January 2003. Not coincidentally, he said, the music multinationals saw a drop of 14 percent in 2003 income, with a 21 percent decrease in the first quarter of this year.

Petitgirard was the first of several speakers to emphasize that it's not just the biggies that get hurt. The U.K. Film Council's Woodward agreed Hollywood is not the only one that needs to worry; many smaller British producers are finding they're unable to sell rights to their films that have been widely pirated.

The event was sponsored by the Cannes Festival, Centre National de la Cinematographie and the Canal Plus Group in concert with the Association de Lutte Contre la Piraterie Audiovisuelle.