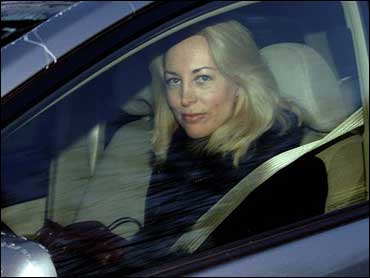 Valerie Plame, the CIA officer whose exposure led to a criminal investigation of the Bush White House, spent her last day at the spy agency Friday.

Neither the agency nor Plame's husband would confirm her departure, but two people who have known Plame for a number of years confirmed she was leaving.

Married to Bush administration critic and former U.S. Ambassador Joseph Wilson, Plame was working at agency headquarters in Langley, Va., in 2003 when her CIA status was disclosed by conservative columnist Robert Novak. That triggered a probe that led to the recent indictment of Vice President Dick Cheney's chief of staff, I. Lewis Libby.

Plame had served for many years at overseas postings for the CIA, and her employment remained classified when she took a headquarters desk job, traveling overseas periodically.

She was an employee in the CIA's Counterproliferation Division.

"Her career was arbitrarily and whimsically destroyed by a mean political trick," said Vincent Cannistraro, a former chief of operations for the CIA's Counterterrorism Center.

Plame's CIA connection was disclosed eight days after her husband accused the Bush administration of twisting prewar intelligence to exaggerate the Iraqi threat.

In the preface to the paperback edition of his book, "The Politics of Truth," Wilson says that he and his wife were the focus of a "Republican smear machine."

Deputy White House chief of staff Karl Rove, President Bush's top political adviser, remains under investigation in the Plame probe. Libby, who resigned from the government the day of his indictment, has pleaded not guilty to five counts of perjury, obstruction of justice and lying to the FBI.