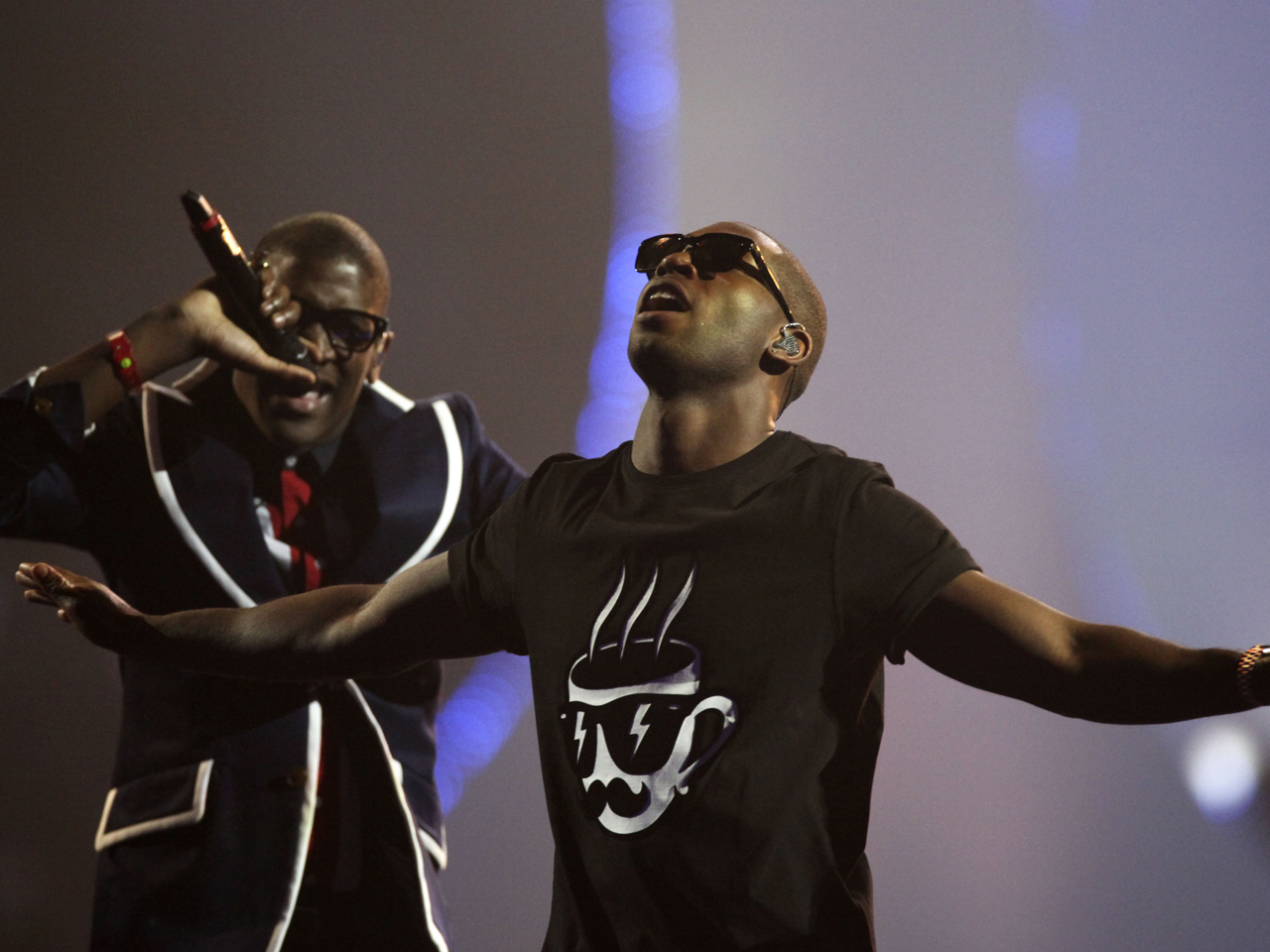 LONDON - Dapper London lads Plan B and Tinie Tempah were popular local winners at the Brit music awards, while Arcade Fire followed their surprise Grammys victory with two prizes at the British ceremony.

Tempah, a 22-year-old product of London's dubstep scene who released his first album, "Disc-Overy," last year, won trophies on Tuesday for British breakthrough act and British single, for "Pass Out."

Plan B — a hip-hop artist who changed direction and hit the charts with the Motown-influenced concept album "The Defamation of Strickland Banks" — was named British male solo artist of the year.

Retro hipsters Mumford and Sons took the trophy for British album of the year, for their banjo and mandolin-laced debut, "Sigh No More."

"This is very bizarre, very strange," he said.

Although they reached the top 10 of the U.S. album chart and performed at Sunday's Grammy Awards alongside Bob Dylan, the Brits show was Mumford and Sons' first prime-time TV appearance in Britain.

Montreal indie band Arcade Fire continued its recent run of awards success with prizes for international group and international album of the year, for "The Suburbs."

Singer Win Butler alluded to the cries of "Who?" from some quarters that greeted the band's album of the year victory at the Grammys on Sunday, by advising people unfamiliar with the group to "check it out on Google."

Long criticized as dull and predictable, the Brits had a revamp this year, with a new Union Jack-striped award statuette designed by Vivienne Westwood and a tighter show with more live performances.

Adele, Mumford and Sons, Arcade Fire, Rihanna and Green — fresh from a psychedelic Grammys appearance with Gwyneth Paltrow and the Muppets — were among the acts performing at London's O2 Arena.

Green struck a more elegant note Tuesday, performing his hit "Forget You" dressed in a white suit with red boutonniere.

It was a lively but well-behaved ceremony, although the spirit of rock 'n' roll lived on in attendees such as The Who frontman Roger Daltrey, who presented the best album award.

"Good to see that the British music industry still has enough money for a good booze-up," he said.

Ovation of the night went to Take That, who performed their song "Kidz" amid a phalanx of dancers dressed as riot police, in an apparent nod to Britain's student protesters.

Most of the awards are chosen by 1,000 music critics and record industry figures, with several decided by public vote.