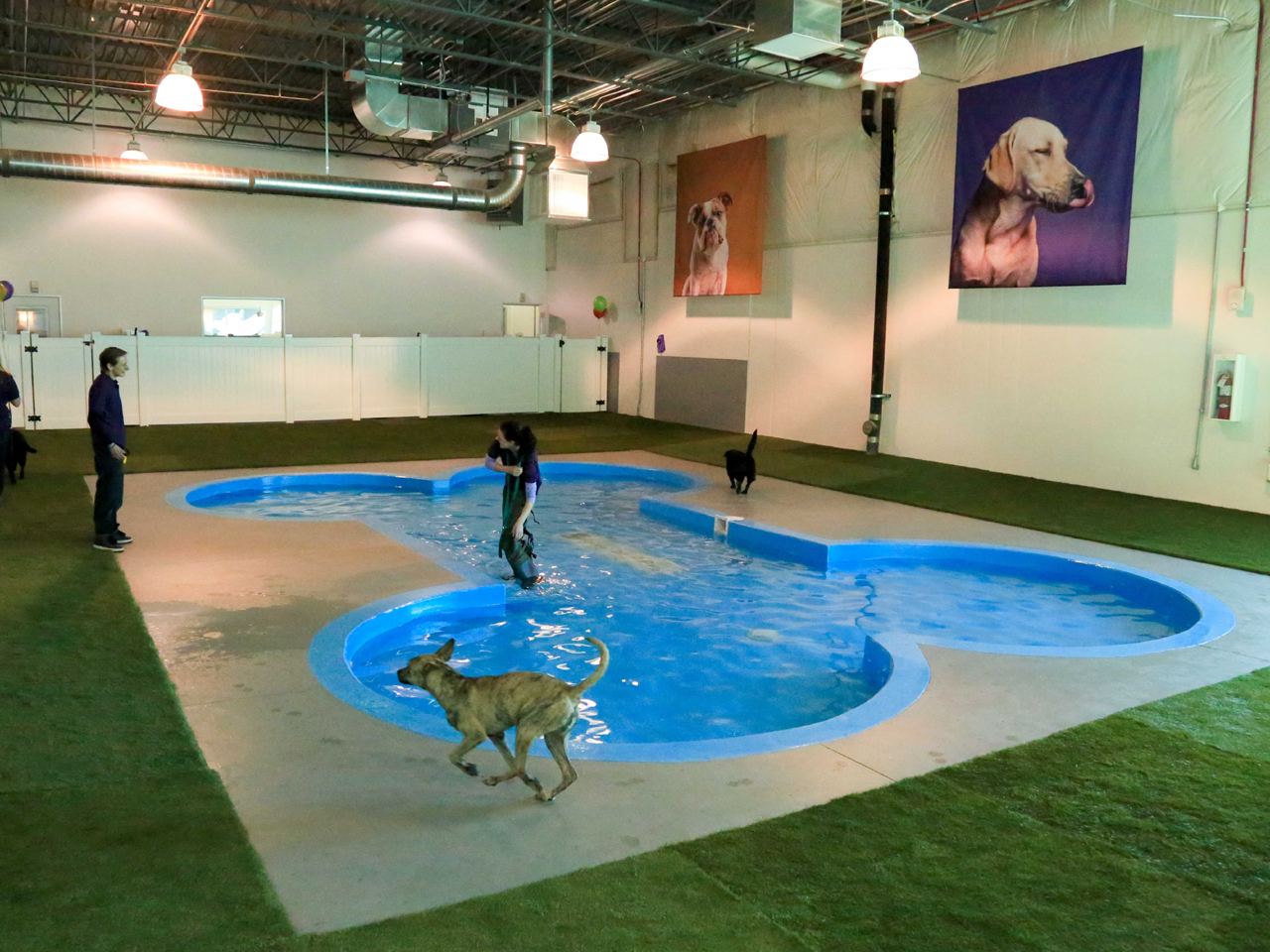 Pets and pet care are big business in the U.S. Very big.

Americans reportedly spent $55.72 billion on their pets last year, and that figure is expected to reach an estimated $58.51 billion in 2014. Within the overall pet industry, pet grooming and boarding services have been growing steadily, fueled in part by consumers having more disposable income as the national economy improves.

"We're kind of the living proof that the pet industry is recession-resistant," Saq Nadeem, founder & CEO of the Paradise 4 Paws pet resort chain, tells CBS MoneyWatch. Nadeem was in Colorado on Thursday, as Paradise 4 Paws opened its latest facility at Denver International Airport.

Nadeem says the concept for Paradise 4 Paws -- a full-service, 24/7 customer accessible pet resort on or near major airports -- began as a business school class project while he was studying at Northwestern University. In mid-2008, just as the Great Recession was beginning, he opened the first Paradise 4 Paws facility near Chicago's O'Hare International Airport.

And despite 2008 and 2009 being one of the worst financial periods ever for commercial air travel, his idea caught on. People liked the convenience of being able to drop off their pets just before their flights, catching a shuttle to the terminal and then, upon their return, picking up their pets right after landing, no matter what time of day

Pet owners also seemed to appreciate the high-end facilities, ranging in price from $45 to $100 per night -- that feature such amenities as an on-site veterinarian, grooming and massage services, an adventure jungle for cats and a bone-shaped splashing pool for dogs. Paradise 4 Paws also has pet suites that, in some cases, resemble human bedrooms -- as well as 24-hour, in-suite private webcams for the anxious, traveling pet owner - -or, as Nadeem prefers to call them, pet parents.

Paradise 4 Paws then expanded to Chicago Midway International and Dallas/Fort Worth International Airports. And along with the newly-opened DIA facility, Nadeem says his company has plans to be in 10 U.S. and Canadian markets over the next two years.

Nadeem was named Illinois' Small Business Person of the Year in 2013, and says the humanization of pets has created a very successful niche for his company, especially given the constantly growing number of air travelers.

"The pet parents," he notes, "are expecting more human-like services versus traditional kennel services. They don't want the pet to be alone."