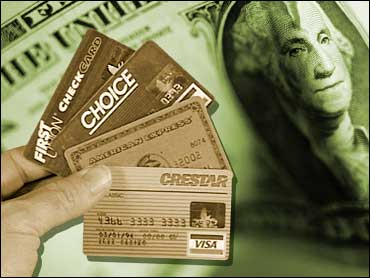 (AP / CBS)
Here's some more evidence that credit card issuers are clamping down as we get closer to the February implementation of new federal rules on credit cards.

A new survey from Credit.comfinds more than 43 percent of consumers (up from 34 percent from June 2009) say their card company has made one or some combination of the following changes to a credit card account:

Send us an e-mail.

CBS News is working on its own poll about changes in credit card spending as many Americans are deciding to cut back on credit card use. Are you passing on the plastic? Have you decided to choose debit over credit? Let us know if you are changing your credit card habits.