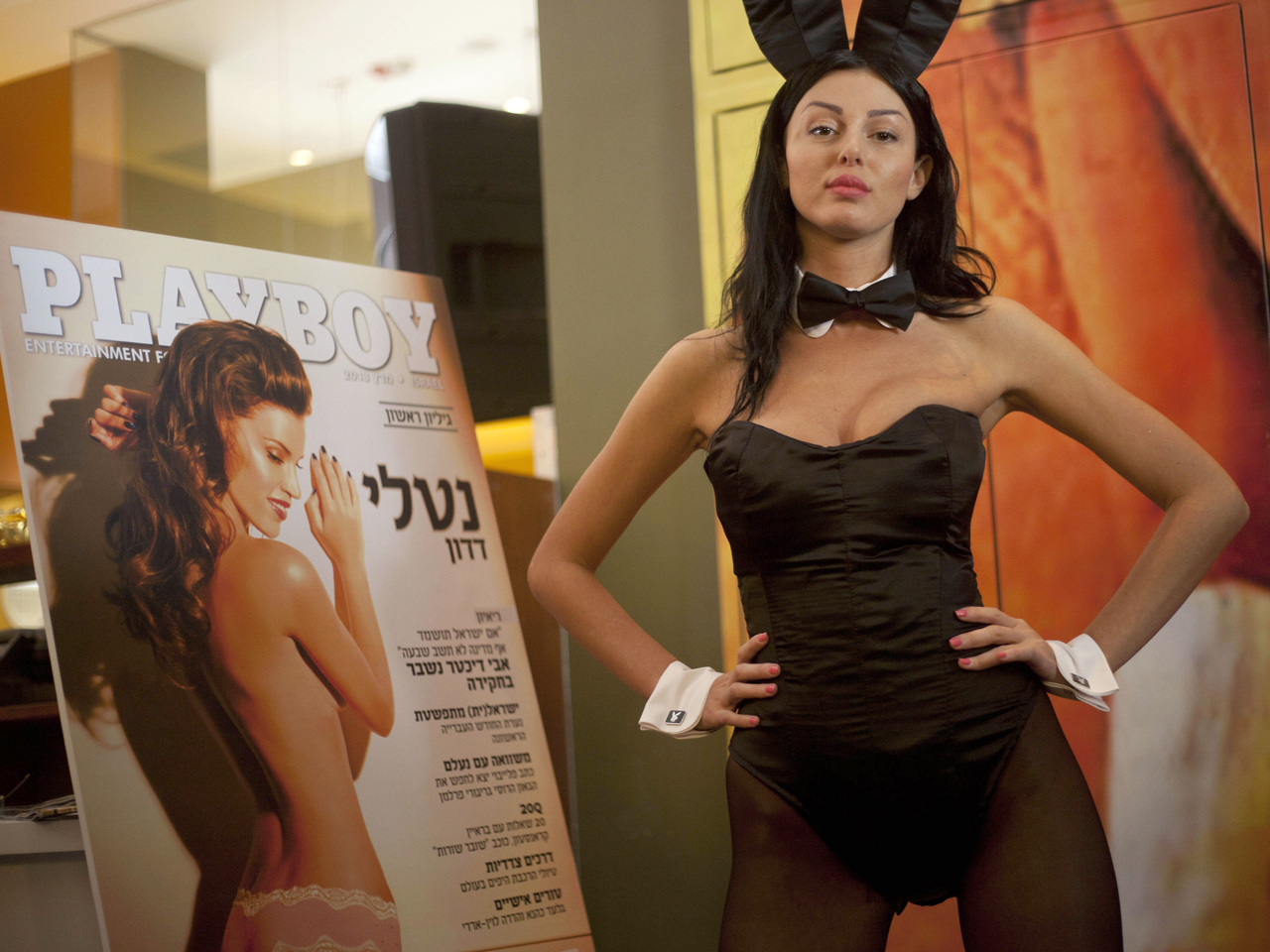 JERUSALEM Israelis can now read Playboy "for the articles" as a Hebrew language edition came to the holy land Tuesday.

Playboy has been widely available in Israel for years but this marks the first local edition of the magazine. It features Israeli models and articles by Israeli writers.

Owner and publisher Daniel Pomerantz launched Playboy Israel in Tel Aviv on Tuesday at a press conference, standing next to a tall model wearing the trademark ears and tail of a Playboy bunny.

"Our target is men who want a taste of the good life and also women who are curious about the tastes of the men in their lives," Pomerantz said. "I believe that the special formula that has brought Playboy to a rare level of success throughout the world will continue to succeed in my new home Israel."

Cover girl Nataly Dadon posed next to a big cut-out of the magazine featuring her on the cover topless in lacy underwear. She said she was happy and excited to be in the first edition of Playboy Israel.

It's not clear how well the magazine will be received in the holy land where religious sensitivities are always simmering under the surface and observant Jews and Muslims live by strict modesty rules. Religious zealots have frequently burned down bus stops with ads of fully dressed women and have prompted major advertisers not to use female models regardless of how modestly they are covered up.

Erotica is freely available but not with local talent in Hebrew. The Israeli edition of Penthouse, the traditional and more daring rival of Playboy, flopped when it debuted here in 1989.

Pomerantz said he got the idea for the Hebrew Playboy while working as a lawyer in Chicago where the magazine's headquarters used to be and where he became friends with Playboy lawyers. At the same time he was making visits to Israel where he decided he wanted to live. It was during a trip to Israel that he noticed the country was lacking a Hebrew edition and so the adventure began.

"People will see just from the words Playboy Israel that we are a normal country, fashionable, modern, people who work every day with a passion and if you read Playboy magazine you see that it's not just beauty and fashion but it's also depth and politics and issues, people who care and think about the world they live in," he said.

Even in the online age, Playboy's appeal has outlasted many competitors and imitators, selling a lifestyle along with gorgeous models and influential writers.

Hugh Hefner launched Playboy in 1953 with the iconic Marilyn Monroe as its first centerfold.

It is hailed by some as playing a big role in the sexual liberation movement of the 1960's and advancing women's rights while detractors charge it objectifies women.

It peaked in popularity in the 1970's. Circulation has declined since the rise of adult Internet sites.