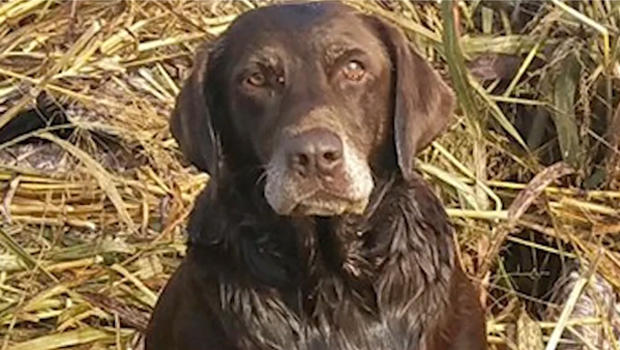 "We saw some buzzards over by the pipeline," said Case Coroiescu. "(I) walked over there out by the woods, came to the pipeline, that's when we found Beaux had been shot and killed. Shot behind her collar and her neck."

Coroiescu says his 13-year-old chocolate labrador is only the latest dog to have been shot in the neighborhood.

"At first we didn't want to believe it," Coroiescu said. "Your hunting partner, one of your best friends, your family member. She never met a stranger or had a mean bone in her body."

Coroiescu said Beaux had been shot with a .22-caliber bullet.

A woman who lives a few hundred yards from where Beaux was found told the station that two of her schnauzers were shot and killed.

Coroiescu is reportedly offering a $5,000 reward for information that will help catch the person who has been shooting the animals.

"This is not a video game. If you shoot something, it doesn't come back," Coroiescu said. "Whomever did this is a sick human being, and can't be mentally stable. And who knows what he'll do next."