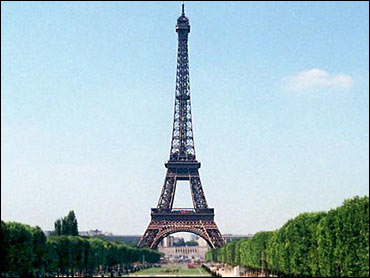 (AP) PARIS - Paris police say that a 25-year-old man thwarted security measures and climbed the Eiffel Tower before jumping from the landmark to his death.

A police official says the man climbed the tower's western pillar after it was closed to the public, and was approaching the third and highest level when rescue climbers made it to the scene. They tried to talk to him but he jumped instead, landed on the tower's second floor and died soon after midnight Monday, the official said.

The official was not authorized to be publicly named because of police policy.

The tower was open as usual Monday after the incident. The company that manages the 324-meter tower says it was the first suicide on the tower in two years.

The man's identity was not disclosed.