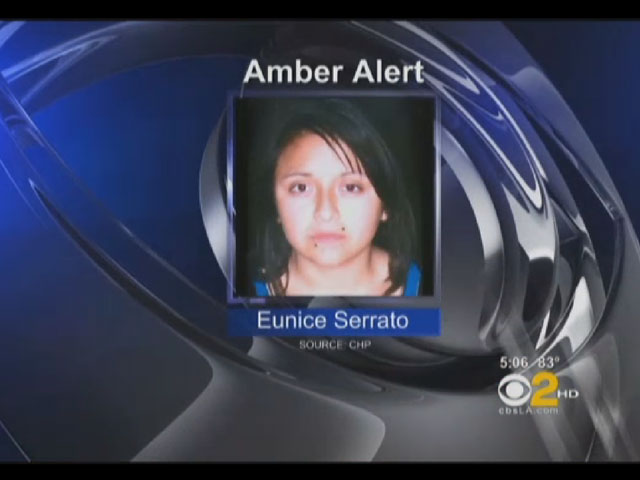 (CBS/AP) SAN ARDO, Calif. - Authorities say a California teen believed to have been abducted by her boyfriend may be traveling with him and another man to Mexico.

Eunice Serrato, 16, was reported missing Saturday night after her parents found two men shot to death in the bathroom of their San Ardo home and their daughter gone.

Teeter says Aviles is a friend of Salazar's with access to a Honda Civic they are believed to be driving to Mexico in.

Salazar's father , Juan Manual Salazar Sr., was considered a person of interest and presented himself to police for questioning Sunday night. Teeter says he was not taken into custody.

According to CBS Los Angeles, the two Salazar men are also "persons of interest" in the deaths of 22-year-old Hector Reyes and 25-year-old Daniel Fraga, the men found in the Serrato's bathroom.

Serrato's parents believe the murders may be gang related. Their home was broken into last week and gang signs were written on their door, reports CBS Los Angeles.