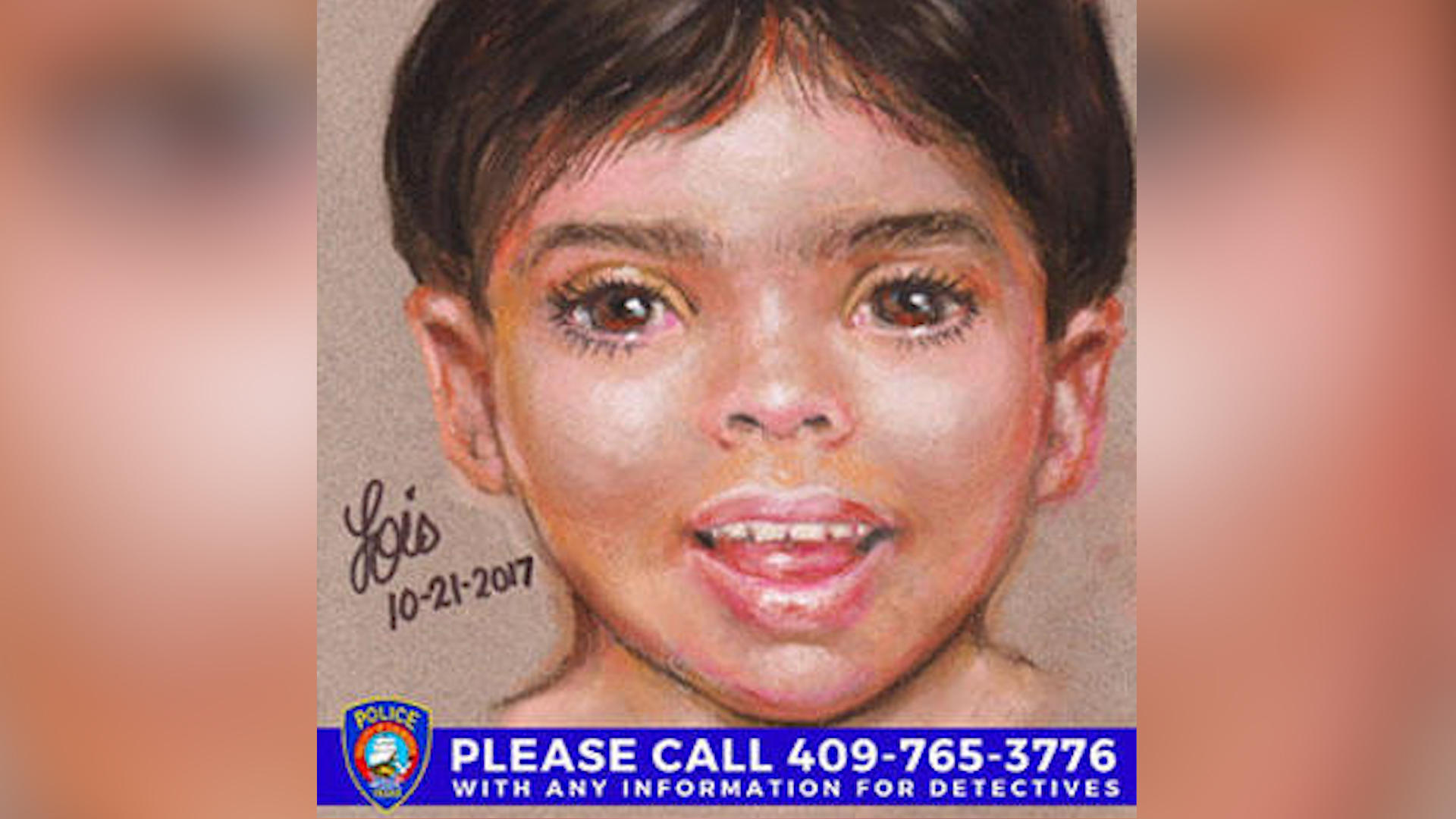 GALVESTON, Texas -- Police have released a photo of the body of a still-unidentified boy whose remains washed ashore three months ago on a beach in Galveston, Texas. Investigators made the rare move Tuesday in hopes of generating new leads in the case of the child they're calling "Little Jacob."

CBS News is taking the unusual step of publishing the photo below because of the circumstances of the case and the police decision to release the image. Readers should be warned the image is disturbing.

Galveston police spokesman Josh Schirard said investigators didn't take lightly their decision to release the photo of the boy's face. He said it was edited slightly to remove signs of decomposition to make it easier for the public to see.

The boy, who was between 3 and 4 years old, was found Oct. 20. No missing child had been reported that matched his description. Police say autopsy results did not determine a cause of death but showed the boy did not drown. Police had previously released a sketch of the child's likeness, but it hasn't led to his identification.

Detective Jeff Banks says investigators have sifted through hundreds of leads and submitted the boy's DNA to several labs, but are still no closer to identifying him. Banks said police are treating the child's death as a homicide.

"I've got a little boy that no one's telling me who he is," Banks said. "I just hope eventually we can identify him and move forward and find out what happened to him."

Schirard said investigators believe the child was already deceased when someone put his body in the water in the Galveston area and that the remains had been in the water for 12 to 48 hours before they were found. He said the child's body showed signs of neglect and injuries consistent with abuse, but that none of those injuries would have been fatal.

Banks said the child weighed between 26 and 30 pounds, much less than the average weight for a boy of his estimated age. The autopsy didn't show signs of an illness, Banks said.

Responding to a reporter's question, Banks said he couldn't speculate as to whether he believes the child's family has knowledge of the boy's death. But he said he expects they would have "some explaining to do" because he has not heard from them. No one in the area had reported a missing child.

Banks and Schirard both stressed that they were only releasing the disturbing photo because they've exhausted other investigative methods. They said they're hoping someone who might not have recognized the child from the sketch may realize they know the boy by looking at the photo.

"We understand this is not something traditionally done, and it's not being done lightly," Schirard said.