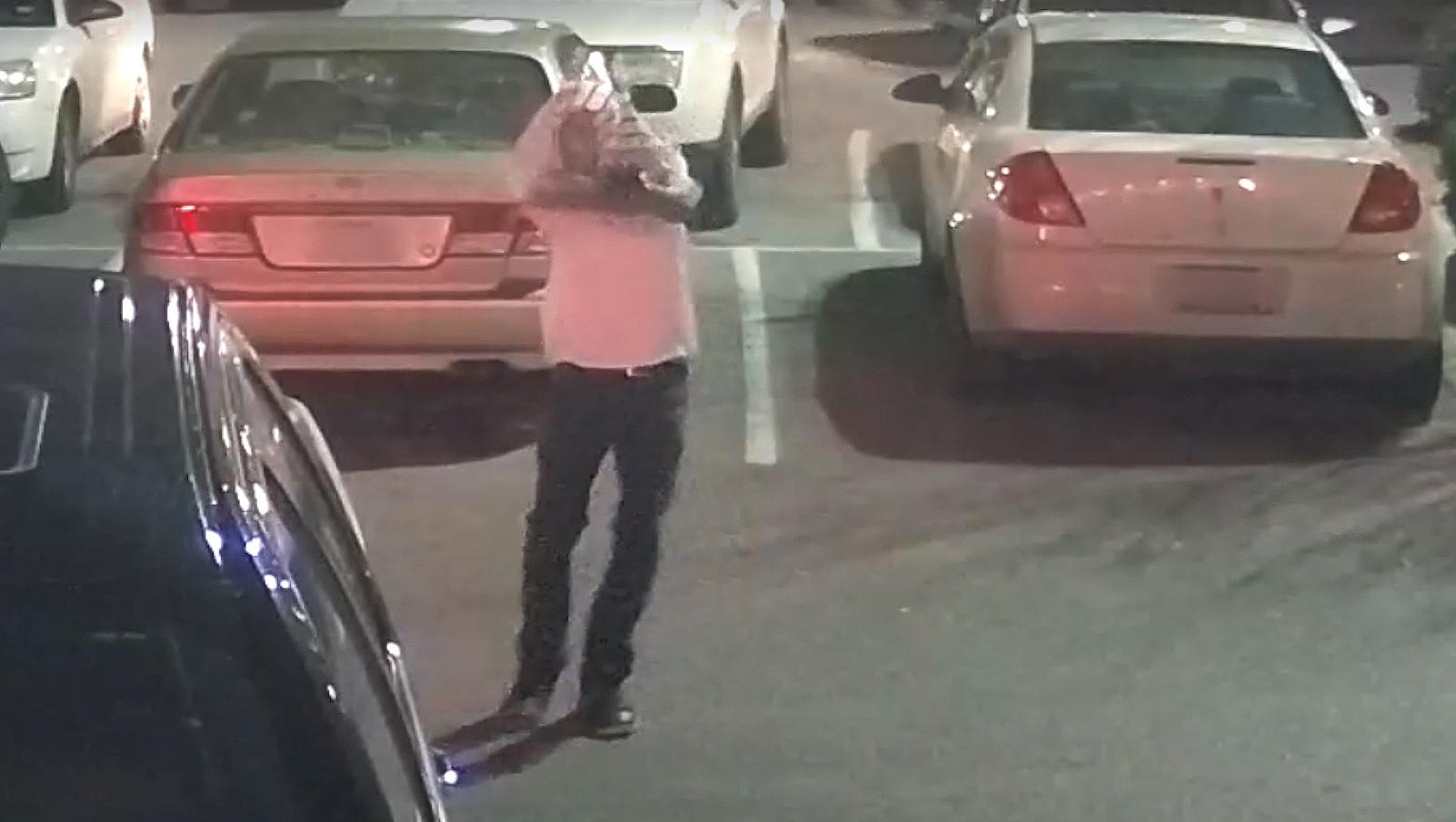 SAN ANTONIO -- Police are seeking the public's help in identifying a suspect who shot five people outside a Texas restaurant on Sunday evening.

Monday, the San Antonio police department released video from surveillance images showing who they say is the suspect in the shooting at the Texas Roadhouse.

A child, two men and two women were sitting on a bench outside the restaurant when the shooter opened fire, in what police believe to be a domestic incident. All of the victims were related.

The six-year-old boy and two of the adults are said to be in stable condition, while the other two are facing life-threatening injuries.

Two of the adult victims of the victims are in stable condition, while the other two are facing life-threatening injuries at the hospital, according to reports by CBS affiliate KENS-TV. The boy was shot in the leg, and is expected to survive.

Police say a number of people were waiting outside, but only the only the one family was targeted.

Police are asking anyone with information to call Crime Stoppers at (210) 224-STOP or to text 411 with the keyword "SATIP."