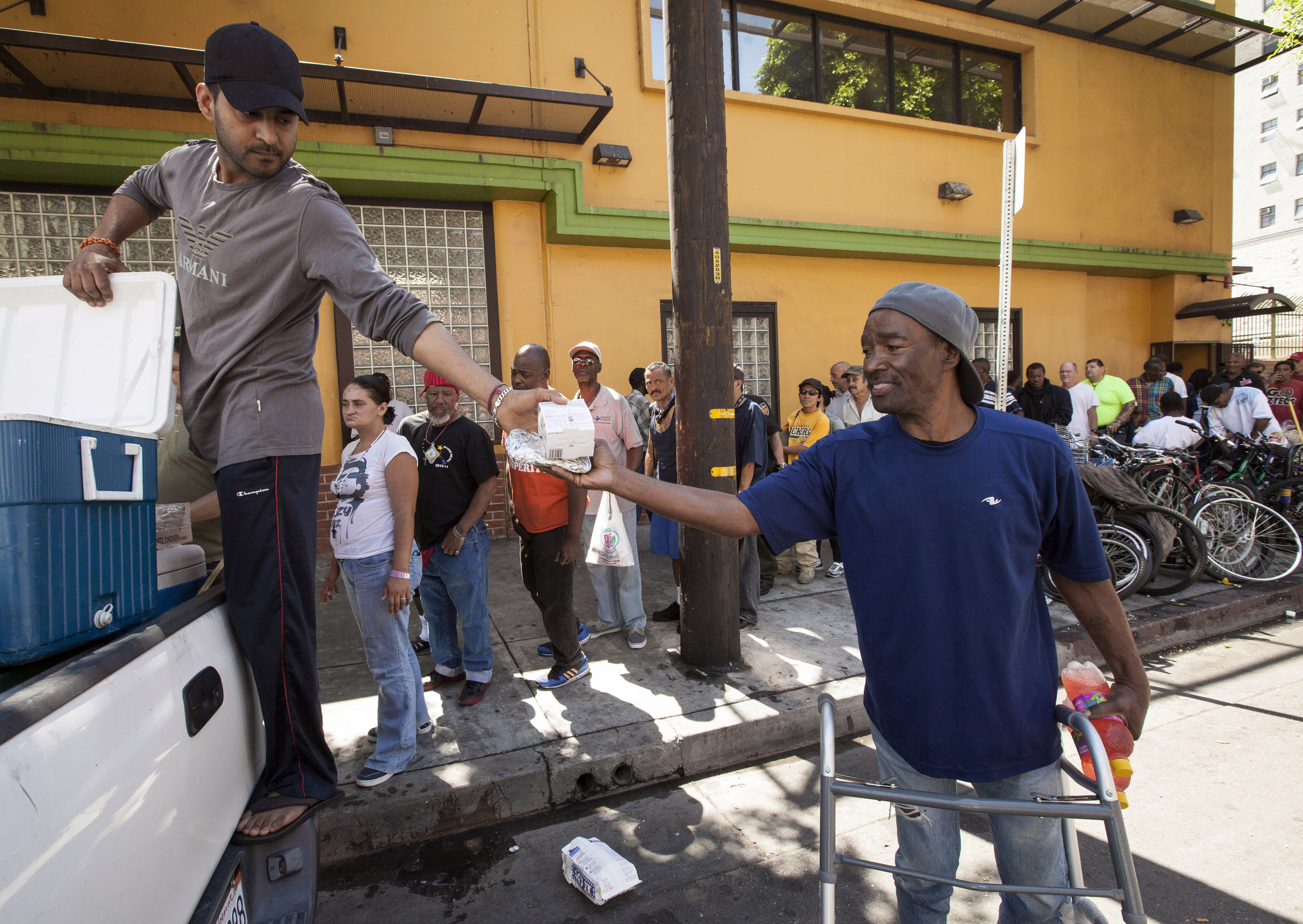 According to Commander Andrew Smith of the LAPD, Courtney Robinson, 38, called 911 Friday and said it was his face being distributed on flyers around the city.. Officers found Robinson inside a Hollywood fast food restaurant and took him into custody without incident.

Police said Robinson also goes by David Ben Keyes, a name written on notes left at all three stabbing scenes that the writer called "death warrants." Smith said Robinson admitted signing the typewritten notes, but would not elaborate on their contents.

The three victims, all in their 50s, survived.

Smith said investigators believe Robinson may also be connected to the unsolved stabbings of two homeless men in Santa Barbara.

Earlier Friday, police and advocates urged homeless people to seek safety in shelters as news spread of an at-large serial stabber. But they faced the challenge that many street dwellers like being alone because they feel it's less risky or simply because they can't cope with people due to mental illness.

"People on the street know it's dangerous, but many people want to be on their own," said Herb Smith, president and chief executive of the Los Angeles Mission in Skid Row in downtown Los Angeles. "They're not socialized. It's part of their condition."

Robinson was charged with attempted murder and is being held on $500,000 bail. Detectives described him as lucid and able to converse but with possible "mental health issues," Smith said.