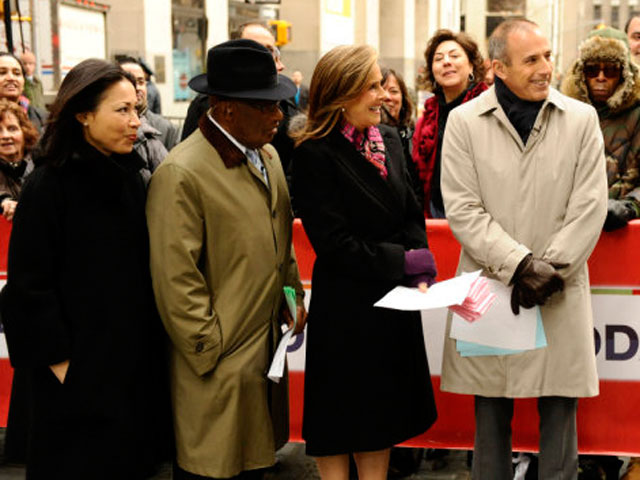 (CBS) "Today" show anchors had a brief scare Tuesday morning when a man hurled himself over the barricade meant to separate fans from the show's reporters.

The incident happened while Meredith Vieira, Al Roker and Willie Geist (who was filling in for Matt Lauer) were live on the air. The camera cut away amidst the confusion.

Once safely inside the show's studio, the three discussed what happened. You can watch the video here.

"We're certainly awake now," Vieira said. Roker added that the man shouted something to the effect that he was "God's gift to music" and tried to climb the metal barrier.

"We're very lucky that we have great security here that's on hand everyday and also the New York City Police Department, so they were able to get him down on the ground very quickly."

Later, the "Today" show tweeted, "Thanks to everyone for concern. Meredith, Willie Geist & Al Roker just spoke about incident. Everyone is fine."