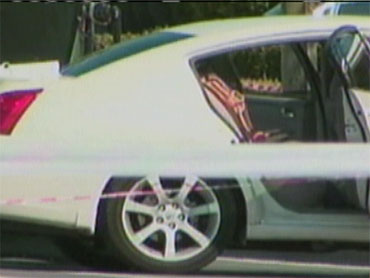 Police are under scrutiny after a toddler was accidentally shot by officers aiming at a robbery and carjacking suspect at a fast food drive-through in Jacksonville last Friday.

Authorities say 2-year-old old Daniel Crichton was shot in the arm and upper torso after a suspected bank robber forced his way into the car in which the toddler was seated.

The child remains in critical condition.

"We had a very volatile situation," Sheriff John Rutherford told the Florida Times Union. "I just don't want to try to speculate on why they felt the need to shoot at the suspect while he was in the vehicle."

The child's mother, Joann Cooper, was hit once in the foot. A 7-year-old girl also in the car was not injured.

The suspect was killed but has not been identified.

The gunman did not discharge his weapon.

Five officers with the Jacksonville Sheriff's Office fired a total of 42 rounds at the vehicle. Four of the officers involved were veterans, and one was a rookie still in field training, the Times Union reported.

Thomas J. Aveni, executive director of The Police Policy Studies Council, told the newspaper that training for situations where gunfire may be necessary amid crowds is nearly impossible. He added that police departments are working toward better guidelines to give officers on when to fire at moving cars.

Ford told "The Early Show" that the investigation will have to look at whether the shooting "was reasonable under the circumstances." If it was, Ford said there will likely be no criminal charges for the officers.