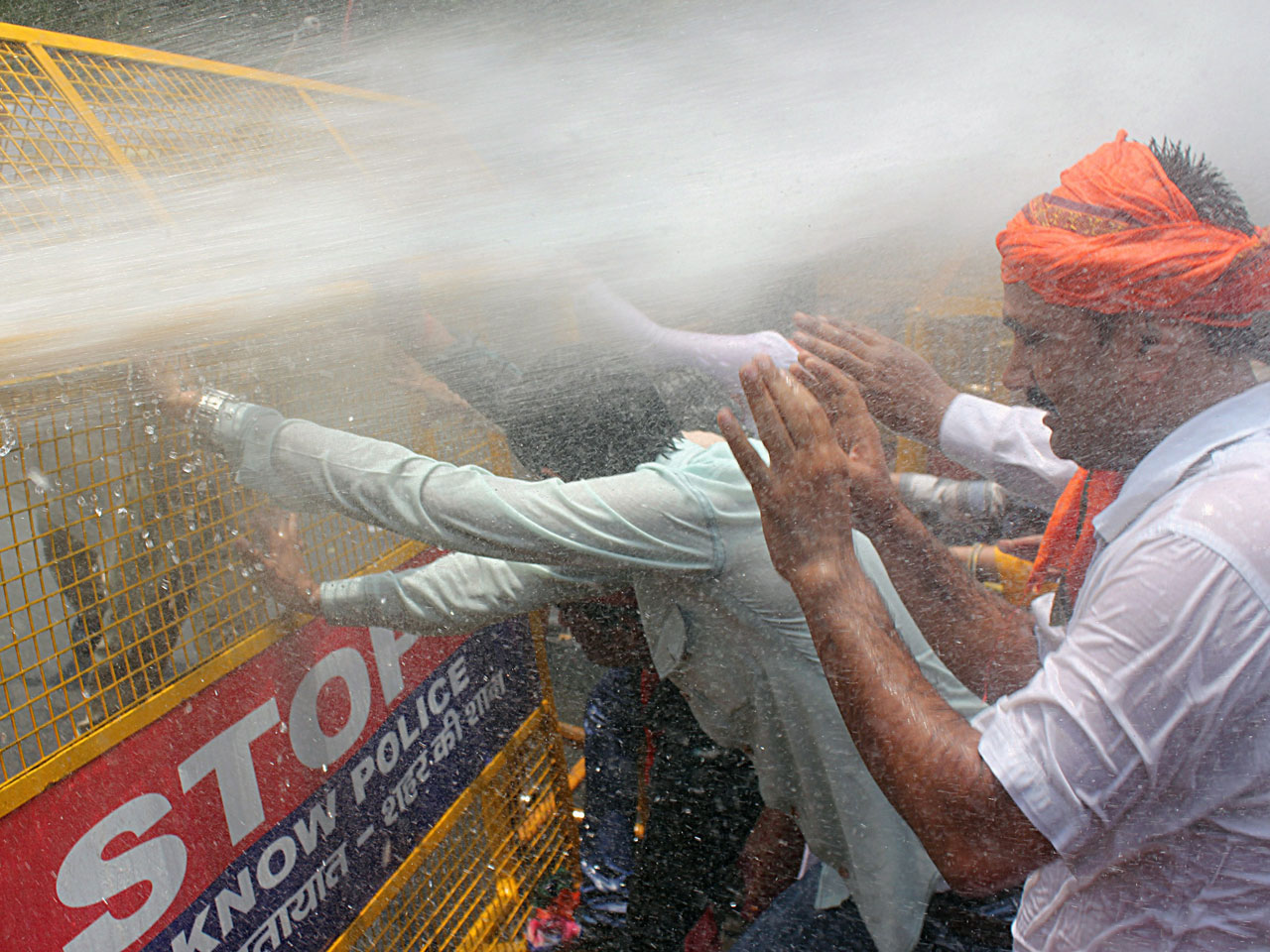 LUCKNOW, India - Police used water cannons Monday to disperse hundreds of women protesting violence against women in the northern Indian state where two teenagers were gang-raped and found hanging from a tree.

The protesters in Lucknow, the capital of Uttar Pradesh state, were demonstrating outside the office of Chief Minister Akhilesh Yadav, demanding that he crack down on rape and other violence against women and girls.

Hundreds of police officers, including female officers, pushed and shoved the protesters before deploying water cannons to disperse them.

They also demanded that the government curb police indifference, which they said was encouraging attacks against women.

Police in the tiny Uttar Pradesh village of Katra failed to take any action last week when the father of one of the girls reported to police that the two cousins were missing. Two police officers were fired for dereliction of duty after the girls were found gang-raped and killed.

Yadav has recommended a federal inquiry, but his government has been widely accused of a lackadaisical approach toward women's safety.

Activists and ordinary people said it was as if nothing had changed in the way the police dealt with rape cases since the December 2012 fatal gang rape of a 23-year-old woman aboard a moving bus in New Delhi, the national capital.

The outcry following that attack led to laws doubling prison terms for rapists to 20 years and criminalizing voyeurism, stalking and the trafficking of women. The law also makes it a crime for officers to refuse to register cases when complaints are made.

People also are beginning to speak up against violent crimes targeting women, and public protests against police inaction are common.

Records show a rape is committed every 22 minutes in India, though it's considered drastically underreported. Victims and their families may not report the crime at all due to social stigma, frustration with court delays or harassment by police. And police may be reluctant to register cases in order to keep down crime figures.