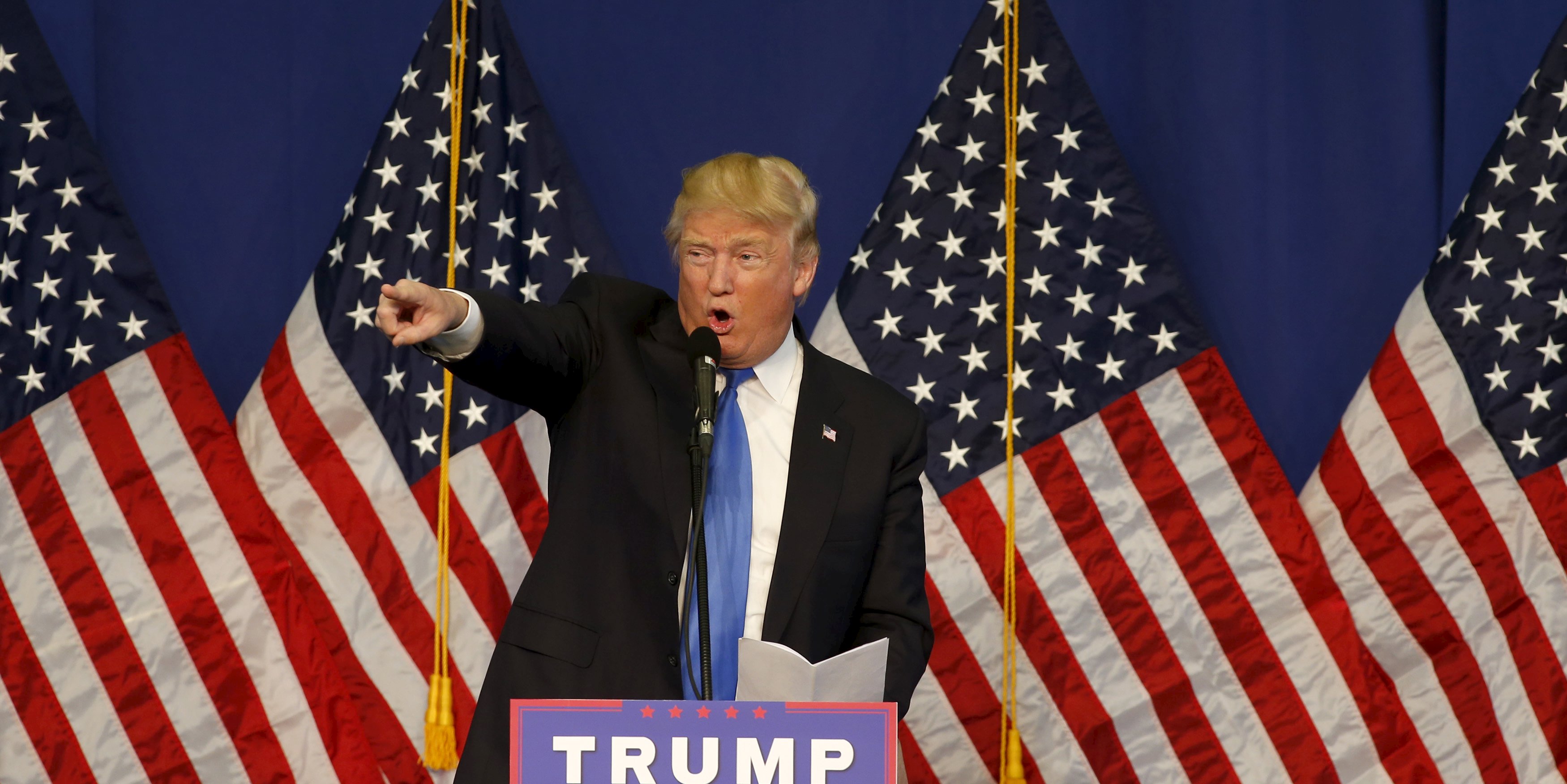 Donald Trump heads into his home-state primary of New York with a large edge over Ted Cruz and John Kasich, 54 percent to 21 percent and 19 percent respectively. The lead, if it holds Tuesday night, would net him the bulk of the state's delegates and put him back on a path -- albeit a narrow one -- to the 1,237 needed for nomination.

Underpinning Trump's lead in New York, as in Pennsylvania and California, is that Republicans believe he would be "effective," "authentic" and that he understands people like them. He leads Cruz and Kasich on these measures, as well as on electability, as Republicans see him as most likely of the three to win in November.

But Trump has been critical of the party's nomination process even as he leads it, and Republican voters in New York agree with him: Fifty-two percent decry the Republicans' system as unfair. Trump's own voters are especially apt to believe this. This comes as Cruz, who trails in the overall race, has reportedly seen his supporters prevail in many of the local and state-level selections to fill delegate slots in recent weeks, which could set up a potential edge for Cruz at the convention this summer if it is contested. Ted Cruz's voters see the system as fair.

The feeling of unfairness could be galvanizing Trump's supporters in these critical upcoming states, as those who see it as unfair are among the most strongly backing him.

Whether that convention is wide open or not likely comes down to California, the last, largest remaining state to vote, on June 7. There, Trump leads Cruz and Kasich as the CBS News Battleground Tracker begins looking at the contest, 49 percent to 31 percent for Cruz and 16 percent for Kasich. At the race's current pace, Trump would need a sizable win there -- as well as strong performances in between -- to clinch the nomination outright.

Trump also has a sizable lead in Pennsylvania, which votes next week, with 46 percent as Cruz and Kasich vie for second at 26 percent and 23 percent respectively, although many of Pennsylvania's delegates won't be bound by the results of the contest.

And if the convention is open -- that is, if no one can gather a majority of delegates in the primaries and head to Cleveland as a certain nominee -- then Republicans in these three upcoming states are divided about what should happen next. In New York, 56 percent say the convention should pick Trump if he is the delegate leader (most of them are Trump backers.) Another third would let all three fight it out at the convention. (Most of those are Cruz and Kasich backers.) In Pennsylvania and California, Republicans are more evenly split on the matter. In none of the states would voters want the convention to turn to someone new.

The divergent views on the process and the division within the party are tied up with more than just strategic candidate attachments. Supporters of Trump and Cruz in these states see themselves as part of a movement, something larger than themselves and their vote. That is less the case for Kasich's supporters, who say they're backing a candidate they like, but not a movement.

Party nominees often shift their language a bit as they head to a general election, aiming at a wider set of voters than the base of the primaries. But few New Yorkers think Trump would become any less outspoken for the general should he gain the nomination; they expect him to remain as he is.

Methodology for the polls can be found below: