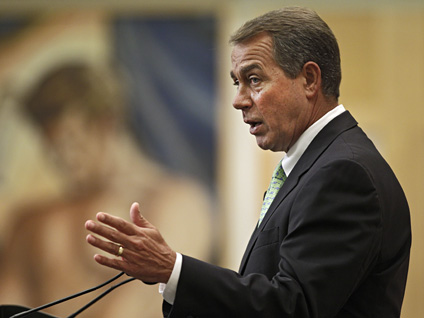 While most Americans can say that the Republicans were seen as "winning" in the recent midterm elections, a recent survey suggests they're fuzzy on the details.

The question about which Americans responded with the most accuracy was which oil company was responsible for last summer's spill in the Gulf Coast. Eighty-eight percent correctly identified BP.

Most Americans understood that Republicans gained power in the midterm elections (75 percent got that correct), but more specific questions seemed to stump many poll takers.

Fewer than half of those who took the poll knew that Republicans only gained control of the House, not both the House and Senate. And fewer than four in ten knew that Rep. John Boehner would be the newSpeaker of the House.

Americans also struggled with specifics when it came to economics questions. Seventy-seven percent knew that the federal budget deficit is now higher than it was in the 1990s. But just 14 percent of those surveyed knew that the current inflation rate in the United States was around one percent.

A previous Pew poll found that just 34 percent knew that the bank bailout (aka the Trouble Asset Relief Program) was enacted under the Bush administration. In this poll, only 16 percent knew that more than half of those loans have been paid back. An equivalent number stated, wrongly, that none of the money had yet been paid back to the government.