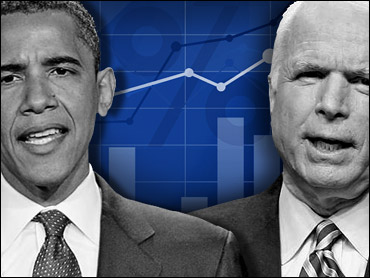 Democratic nominee Barack Obama's lead over Republican John McCain has grown after the Democratic convention, which 71 percent of Americans say they watched. Obama and his running mate Joe Biden now lead McCain and Sarah Palin 48 percent to 40 percent, according to the latest CBS News poll.

This is the first CBS News poll to include the vice presidential candidates in the horserace question.

The eight-point lead for the Democratic ticket is up from Obama's three-point lead before the convention. But there are still a significant number of voters who have yet to firmly make up their minds.

Before the Democratic convention, McCain enjoyed a 12-point advantage with independent voters, but now Obama leads among this group 43 percent to 37 percent. Obama's lead among women has also grown to 14 points (50 percent to 36 percent), and the Democrat maintained the lead he had before the convention among voters who supported Senator Hillary Clinton in the Democratic primaries.

Though Obama has seen his lead grow, there are still areas where he has room to improve. The latest CBS News poll shows no change in the percentage of registered voters who say Obama has prepared himself well enough for the job-- a sentiment in which McCain has held a large advantage. But fewer voters now say Obama is not prepared for the job of President than before the convention.

Although 50 percent of voters now say that Obama has made it clear what he would do as president (up from 41 percent), 44 percent still say the Democratic nominee has not made it clear.

CBS News started polling the evening after McCain named Sarah Palin as his running mate. Twenty-eight percent of voters now say the vice-presidential candidates will matter in how they vote, which is up from the 25 percent who said so before Biden and Palin were named to their respective tickets.

Many people still have a lot to learn about the two VP candidates.

Views of Joe Biden run favorable by 2-to-1, with about half still undecided.

Views of Sarah Palin run favorable by 2-to-1 but among fewer people, since two-thirds still don't know enough about her to give an opinion.

Voters' reaction to the selection of a woman as vice-presidential nominee is not much different than it was nearly 25 years ago, when Walter Mondale chose Geraldine Ferraro as his running mate. A quarter of voters are excited about it, and 60 percent think it's all right. Just 11 percent think it's a bad idea.

Meanwhile, Obama's selection of Senator Joe Biden as his running mate also affects few voters. But in those cases where it does matter, Biden's presence has a greater net positive impact than Palin's. Fifteen percent are more likely to vote for Obama as a result of the Biden pick, while just four percent are less likely to do so. One in five independents say the choice of Biden will make them more likely to vote for Obama.

This year, it is particularly challenging to measure any "bounce" Obama might have received as a result of his convention, due to the compressed timeframe of the conventions and the emergence of Hurricane Gustav as a major news story. That said, Obama appears to have received a three-point increase in support, which is similar to the increase George W. Bush received in 2004 after his convention. John Kerry received no bounce from his convention in 2004.

This poll was conducted among a random sample of 875 adults nationwide, including 781 registered voters, interviewed by telephone August 29-31, 2008. Phone numbers were dialed from RDD samples of both standard land-lines and cell phones. The error due to sampling for results based on the entire sample could be plus or minus three percentage points; for registered voters the sampling error could be plus or minus four percentage points. The error for subgroups is higher. 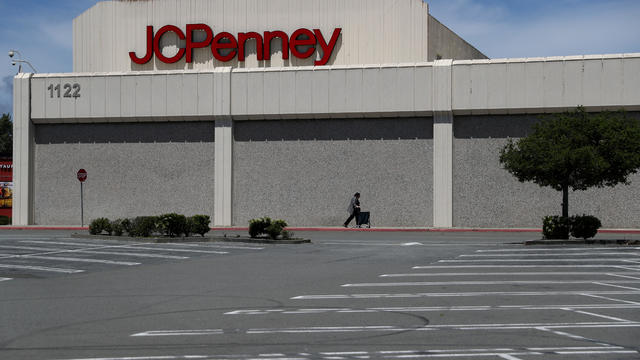