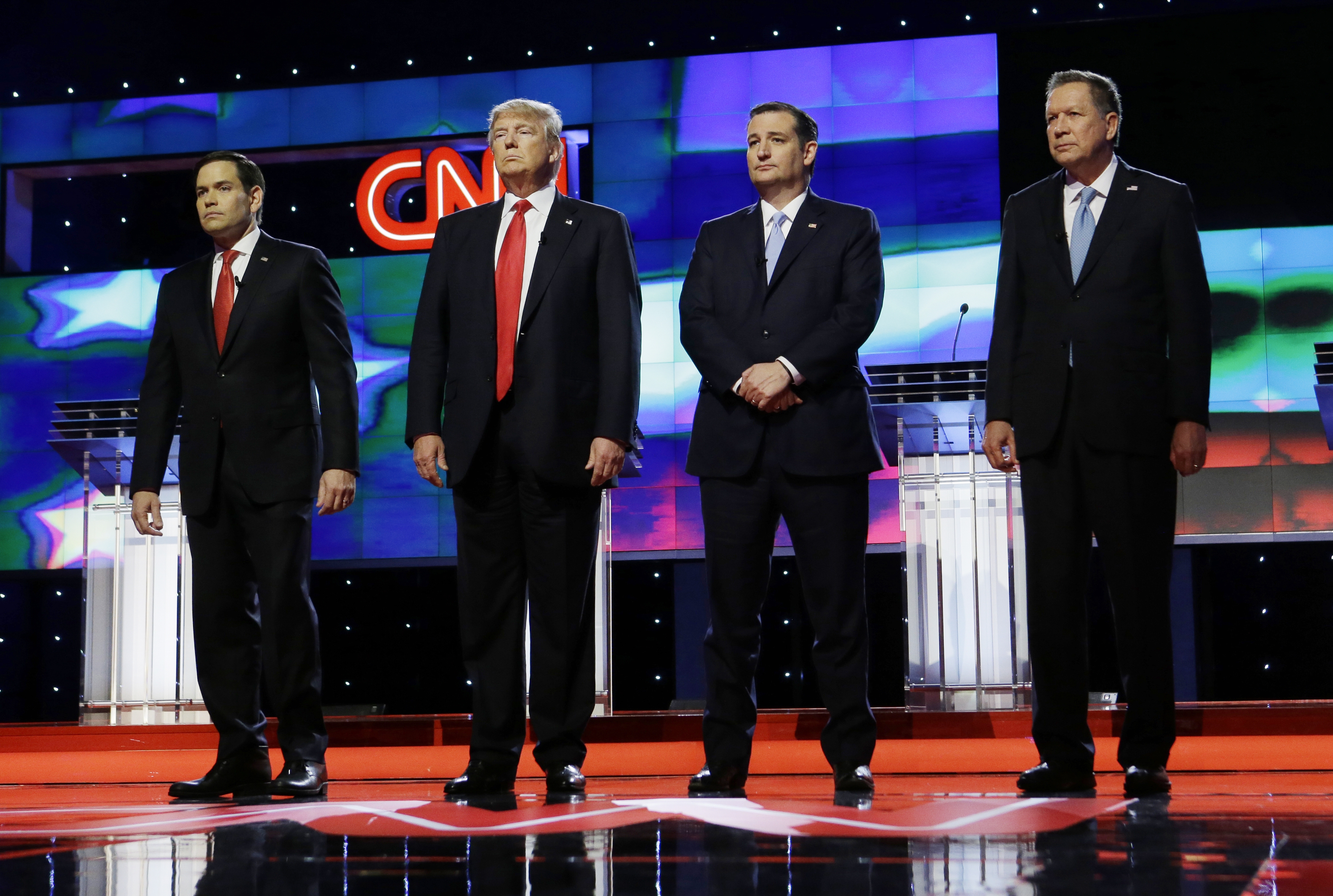 Donald Trump holds a wide lead over Marco Rubio in Florida, but the GOP frontrunner is tied with John Kasich in Ohio, according to a Quinnipiac University survey released Monday.

Trump leads Rubio among both men and women in Florida and also leads among those who identified themselves as members of the Tea Party and those who called themselves "moderate or liberal."

In Ohio, meanwhile, Trump is tied with Kasich where 38 percent of the state's GOP primary voters back both the the billionaire and their governor. Sixteen percent said they support Cruz and 3 percent back Rubio.

Trump leads in Ohio among men but a plurality of the state's women support Kasich more than Trump. The poll also found Trump leads among Tea Party members but he and Kasich split white, born-again evangelicals.

Among the state's Democratic voters, a majority of women back Clinton while a majority of men support Sanders, who also leads among those who identified themselves as very liberal. Clinton, on the other hand, has the support of all other Democrats by wide margins.

Just over half of Ohio's Democratic primary voters said they also support Clinton while 46 percent said they support Sanders.

A majority of women in Ohio back Clinton but a majority of men support Sanders, who also leads among those who described themselves as "very liberal."

These results are similar to a CBS News battleground poll released Sunday, which also found Trump and Kasich are tied in Ohio and Trump leads Rubio in Florida.

Ohio and Florida distribute delegates on a winner-take-all system while Illinois is winner-take-most and Missouri and North Carolina distribute them proportionally on Tuesday.

A Monmouth University survey also released on Monday found Trump now has 17-percentage-point lead over Rubio in Florida after having an 8-percentage-point lead last week. Forty-four percent of GOP primary voters in the state said they support Trump while 27 percent back their sitting senator. People were asked on Saturday and Sunday whether the violence outside of Trump's canceled Chicago rally on Friday affected their decisions. Two-thirds said it had no impact and nearly a quarter said it made them more likely to support Trump.