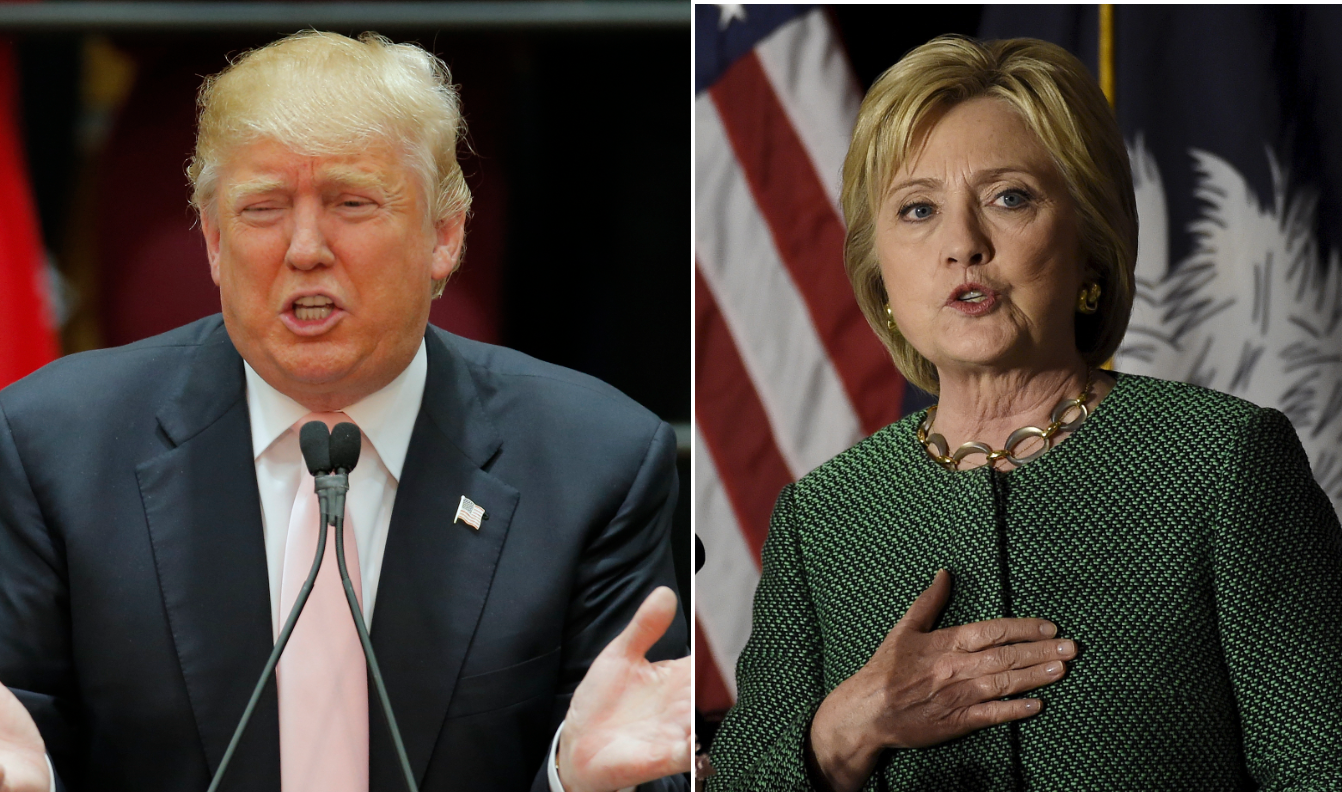 Just as voters flock to the polls in a slew of states this Super Tuesday, a new poll is showing Donald Trump and Hillary Clinton with big national leads.

According to a NBC News/Survey Monkey poll released Tuesday, Trump trounces the rest of the field with 40 percent of support among Republicans nationwide. Marco Rubio trails far behind at 21 percent, with Ted Cruz in third at 18 percent.

Rubio jumped five points since his aggressive debate performance last week, with his barrage of insults against the GOP front-runner continuing into the weekend. Cruz's support, in contrast, has slipped to the lowest levels it has ever been.

Among registered Democrats, Hillary Clinton maintains a double-digit lead over rival Bernie Sanders, 51 percent to 41 percent. The former secretary of state has led with over 50 percent of support since the beginning of the year.

The poll was conducted from Feb. 22-28 among a national sample of 30,294 adults, including 26,859 who say they are registered to vote. Results have a margin of error of 1 percentage point.