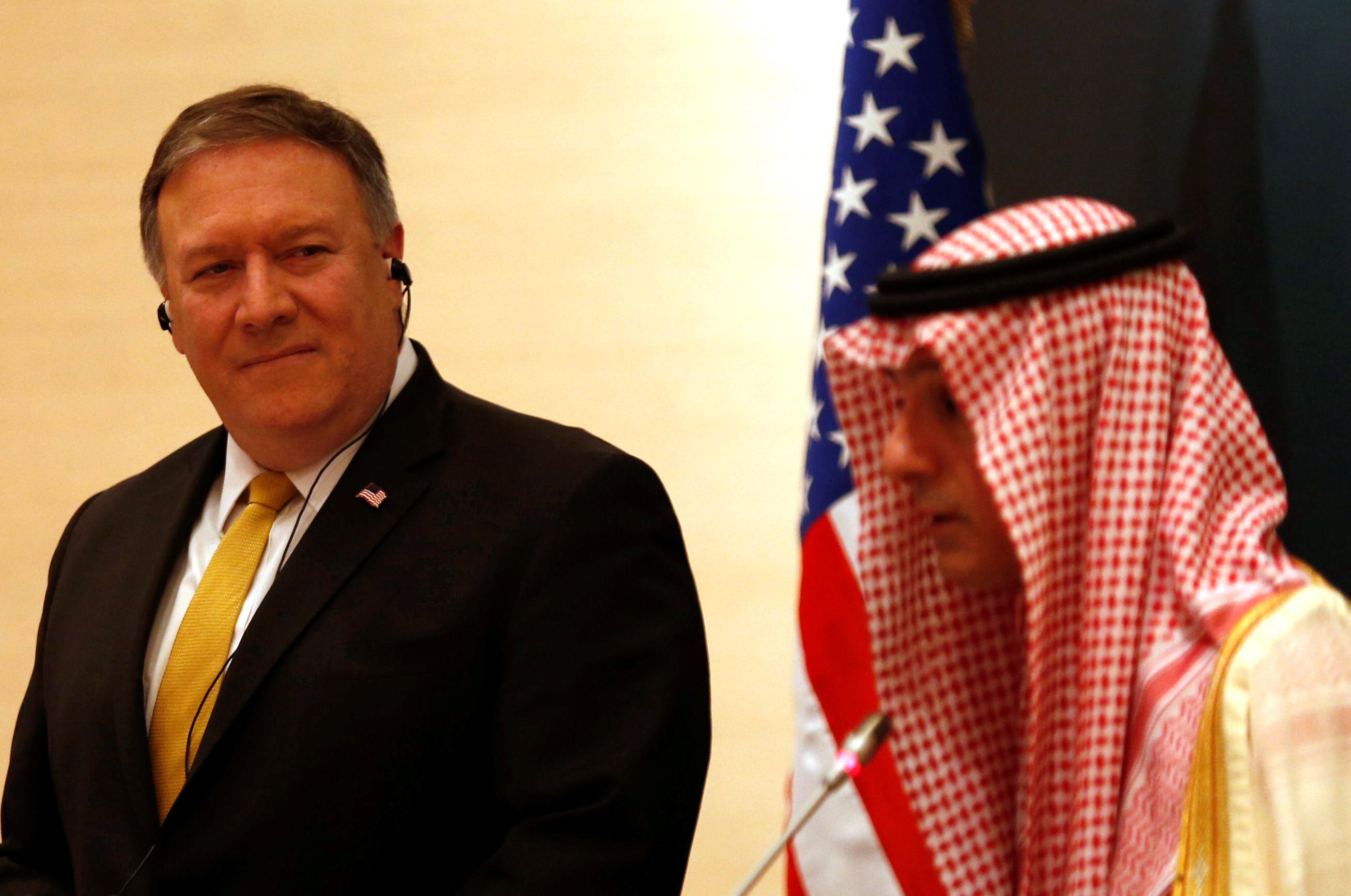 Secretary of State Mike Pompeo is using the Middle East leg of his first trip abroad as America's top diplomat to call for concerted international action to punish Iran for its missile programs. He's also urging Saudi Arabia and its neighbors to resolve a long-festering dispute with Qatar that U.S. officials say Iran is exploiting to boost its influence in the region, including in Yemen and Syria.

Pompeo on Sunday met with Saudi King Salman, whose country, along with Bahrain, Egypt and the United Arab Emirates, is embroiled in a row with Qatar that had hobbled Gulf Arab unity and frustrated the U.S. as it seeks to blunt growing Iranian assertiveness.

"I think they would all agree that it's in everyone's best interests that the Gulf states all figure out how to be together," Pompeo told reporters as he traveled to Israel. "We've got a common challenge in Iran I think they all recognize that. We're hopeful that they will in their own way figure out their dispute between them."

The ex-CIA chief arrived in Riyadh a day earlier, shortly after Iranian-backed Houthi rebels in Yemen fired missiles at Saudi Arabia's southern city of Jizan, killing one person and underscoring what U.S. officials said is a growing threat emanating from Iran.

Senior U.S. officials traveling with Pompeo blamed Iran for smuggling the missiles into Yemen. They said the incident highlighted the importance of the Trump administration's push to counter Iran in the region. Iran has also provided crucial support to Syrian President Bashar Assad.

Al-Jubeir said the kingdom "supports the policy of the Trump administration against Iran and to improve the terms of the nuclear agreement with Iran."

Mediation efforts led by Kuwait and supported by the U.S., including former Secretary of State Rex Tillerson, who Mr. Trump fired last month, have proven unsuccessful.

Pompeo's meetings in Saudi Arabia, to be followed by discussions in Israel and Jordan, come just weeks ahead of several key dates that could bring further volatility to the region.

Mr. Trump has set a May 12 deadline to decide whether to pull out of the Iran nuclear deal, something he appears likely to do despite heavy pressure to stay in from European and other parties.

Two days later, the U.S. plans to open its new embassy in Jerusalem. That will mark a significant shift in decades of American policy toward Israel and the Palestinians, who also claim the holy city as their capital.

The embassy move is deeply opposed by the Palestinians, who on May 15 will mark the anniversary of what they term the "nakba," or catastrophe, when they fled or were driven from their homes during the 1948 war that attended Israel's creation. Dozens of Palestinians have been killed by Israeli fire during recent violent protests along border between Israel and Gaza.

On Friday at a NATO foreign ministers meeting in Brussels, the first stop on his trip, Pompeo repeated Mr. Trump's pledge to withdraw from the Iran deal unless it is significantly strengthened. He said the U.S. was "unlikely" to stay in if that was not done.

"Absent a substantial fix, absent overcoming the shortcomings, the flaws of the deal, he is unlikely to stay in that deal past this May," Pompeo said.

Also looming over the trip is uncertainty over Mr. Trump's policy on Syria, which has shifted between a speedy all-out withdrawal of American forces and leaving a lasting footprint to deter Iran from completing a land bridge from Tehran to Beirut.

Pompeo also is taking a leading role in President Donald Trump's preparations for an expected summit in May or early June with North Korean leader Kim Jong Un. Pompeo, while en route to Israel, was asked whether a U.S. withdrawal from the Iran nuclear deal would complicate negotiations

"I don't think Kim Jung Un is staring at the Iran deal and saying, 'Oh goodness, if they get out of that deal, I won't talk to the Americans anymore. There are higher priorities, things he is more concerned about than whether the Americans stay" in the accord, Pompeo said.