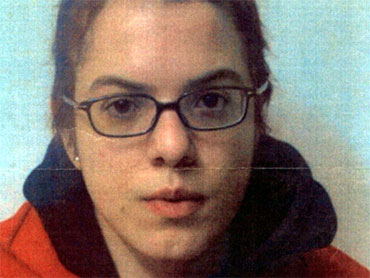 Pope Benedict XVI met on Wednesday with the woman who knocked him over at St. Peter's Basilica during Christmas Eve Mass, and he forgave her, the Vatican said.

Susanna Maiolo, a 25-year-old with a history of psychiatric problems, and her family met in a private audience with the pope at the end of his general audience, Vatican spokesman the Rev. Federico Lombardi said.

Maiolo told the pontiff she was sorry for what had happened, while Benedict inquired about her health and "wanted to demonstrate his forgiveness," Lombardi said in a statement.

The Vatican said no photos or video would be released of the meeting.

Maiolo, a Swiss-Italian national, jumped a security barricade in St. Peter's Basilica at the start of Christmas Eve Mass and pulled Benedict down when a security guard tackled her. The pope was unhurt.

Maiolo had tried to reach the pope in the same way during the 2008 Midnight Mass service but didn't manage to get to him. She has been treated at a clinic outside Rome since the incident.

While there, she received a visit from Benedict's personal secretary, Monsignor Georg Gaenswein, who had wanted to show the pontiff's concern for her well-being, the Vatican said at the time.

The Vatican investigation into the incident continues, Lombardi said. A retired Vatican diplomat, French Cardinal Roger Etchegaray, fractured his hip in the commotion and had to undergo surgery. Benedict visited Etchegaray in the hospital last week.

Benedict's decision to meet with Maiolo and forgive her follows a similar gesture by Pope John Paul II.

In 1983, John Paul met with and forgave Mehmet Ali Agca while the gunman was serving a 19-year sentence in an Italian prison for having shot the pope in 1981 in St. Peter's Square.

On Monday, Agca, 52, ends another 10-year prison sentence for killing a Turkish journalist in 1979. He told reporters in Turkey on Wednesday that he would answer questions about the attack after his release. Through the years, he has given various and often contradictory accounts of who was behind the attack.