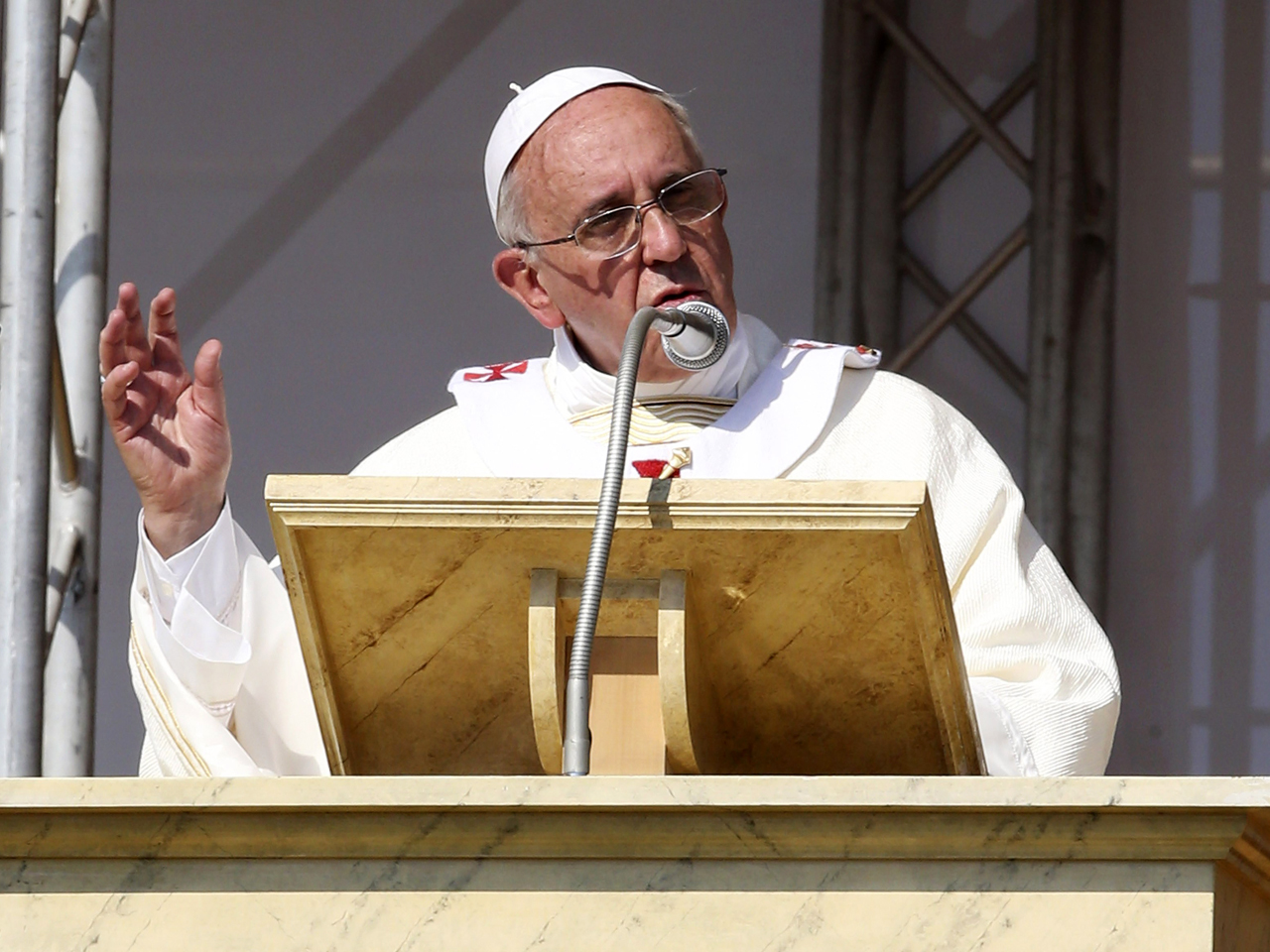 CASSANO ALL'JONIO, Italy -- Pope Francis journeyed Saturday to the heart of Italy's biggest crime syndicate, met the father of a 3-year-old boy slain in the region's drug war, and declared that all mobsters are automatically excommunicated from the Catholic Church.

During his one-day pilgrimage to the southern region of Calabria, Francis comforted the imprisoned father of Nicola Campolongo in the courtyard of a prison in the town of Castrovillari.

In January the boy was shot, along with one of his grandfathers and the grandfather's girlfriend, in an attack blamed on drug turf wars in the nearby town of Cassano all'Jonio. The attackers torched the car with all three victims inside.

Calabria is the power base of the 'ndrangheta, a global drug trafficking syndicate that enriches itself by extorting businesses and infiltrating public works contracts in underdeveloped Calabria.

During his homily at an outdoor Mass, Francis denounced the 'ndrangheta for what he called its "adoration of evil and contempt for the common good."

"Those who go down the evil path, as the Mafiosi do, are not in communion with God. They are excommunicated," he warned.

As much as the church has been a force against the mafia there have also been instances of priests colluding with them, CBS News correspondent Allen Pizzey reports from Rome. Francis' visit and rhetoric could also be seen as a message that that won't happen again.

At the time of the January attack, the boy's father and mother already were in jail on drug trafficking charges. The pope had expressed his horror following the attack and promised to visit the town.

On Saturday, Francis embraced the father. He asked the pope to pray for the boy's mother, who was permitted to leave prison following her son's slaying and remains under house arrest. The pope also met two of the boy's grandmothers.

A Vatican spokesman, the Rev. Ciro Benedettini, said Francis told the father: "May children never again have to suffer in this way."

"The two grandmothers were weeping like fountains," Benedettini added.

Francis greeted about 200 other prisoners during his visit.

When Francis visited a hospice, a doctor there removed a bothersome wooden splinter from one of the pope's fingers at his request, organizers said.