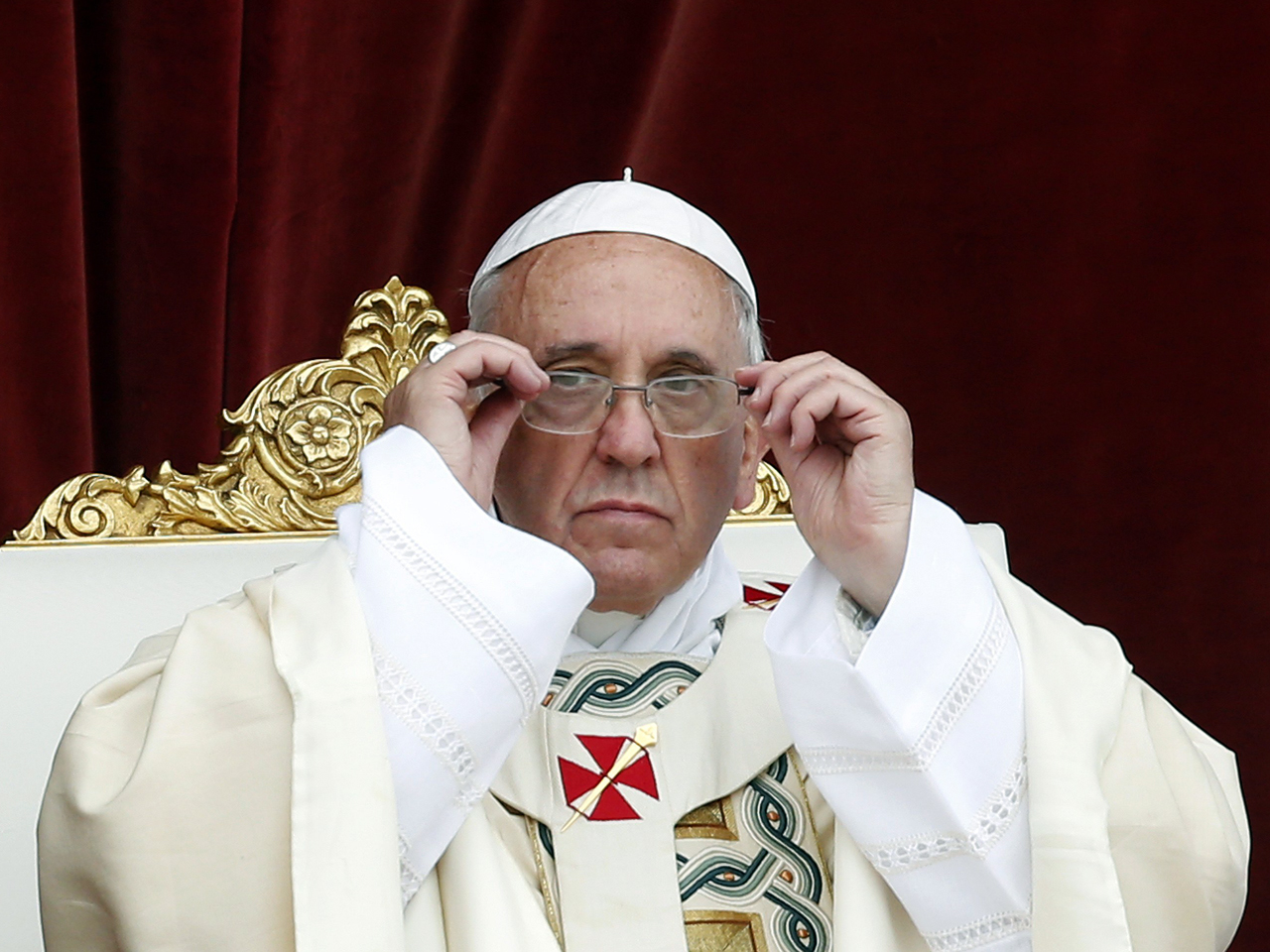 VATICAN CITY -- Pope Francis condemned the legalization of recreational drugs as a flawed and failed experiment as he lent his voice Friday to a debate that is raging from the United States to Uruguay.

Francis told delegates attending a Rome drug enforcement conference that even limited steps to legalize recreational drugs "are not only highly questionable from a legislative standpoint, but they fail to produce the desired effects."

"Let me state this in the clearest terms possible," he said. "The problem of drug use is not solved with drugs!"

"Drug addiction is an evil, and with evil there can be no yielding or compromise. To think that harm can be reduced by permitting drug addicts to use narcotics in no way resolves the problem," he added.

Francis has years of personal experience ministering to addicts in the drug-laden slums of the Argentine capital, and he frequently has railed against drug abuse and the drug traffickers who fuel the market.

But his comments Friday marked his strongest and clearest yet as pope directed at the movement to legalize recreational marijuana, which has been gaining ground in recent years, particularly in the U.S. and South America.

Recreational use of marijuana has been legalized in the U.S. states of Colorado and Washington, and Oregon may vote on the issue this year.

In Francis' own homeland of Argentina, personal possession of controlled substances has been decriminalized. Next door in Brazil, authorities don't punish personal drug use, although trafficking and transporting controlled substances is a crime. In December, neighboring Uruguay became the first nation to approve marijuana legalization and regulation altogether.

Change At The Vatican

Oddly enough, Argentina's drug czar, who believes Argentina deserves a debate about whether to follow Uruguay's lead, is a Roman Catholic priest.

But Francis believes just the opposite. As archbishop of Buenos Aires, he had his priests open drug rehab centers in the Buenos Aires slums where "paco" addiction was rampant, and he famously washed the feet of recovering paco addicts during at least two Holy Thursday services.

The drug, a highly addictive and cheap substance made from the by-products of cocaine production and other toxic chemicals, is known as the drug of choice for Argentina's poor because of its prevalence in the slums where the pope, formerly known as Jorge Mario Bergoglio, devoted his ministry.

In his comments Friday, Francis insisted that drug use cannot be solved by liberalizing laws but by addressing the problems underlying addiction: social inequality and lack of opportunities for the young.

To reject illegal drugs, he said, "one has to say 'yes' to life, 'yes' to love, 'yes' to others, 'yes' to education, 'yes' to greater job opportunities. If we say 'yes' to all these things, there will be no room for illicit drugs, for alcohol abuse, for other forms of addiction."

Francis did not address the use of medical marijuana and it's unclear if his denunciation of the legalization movement encompasses that therapy. New York is set to become the 23rd U.S. state to approve legalizing marijuana to alleviate pain and other symptoms for the severely ill.

Francis' denunciation of drug abuse and drug trafficking came a day before he travels to the southern Italian region of Calabria, home to the 'ndrangheta mob, which has become one of the world's most powerful drug traffickers.

Francis will visit the town where a 3-year-old boy and his grandfather were killed earlier this year by the mob.