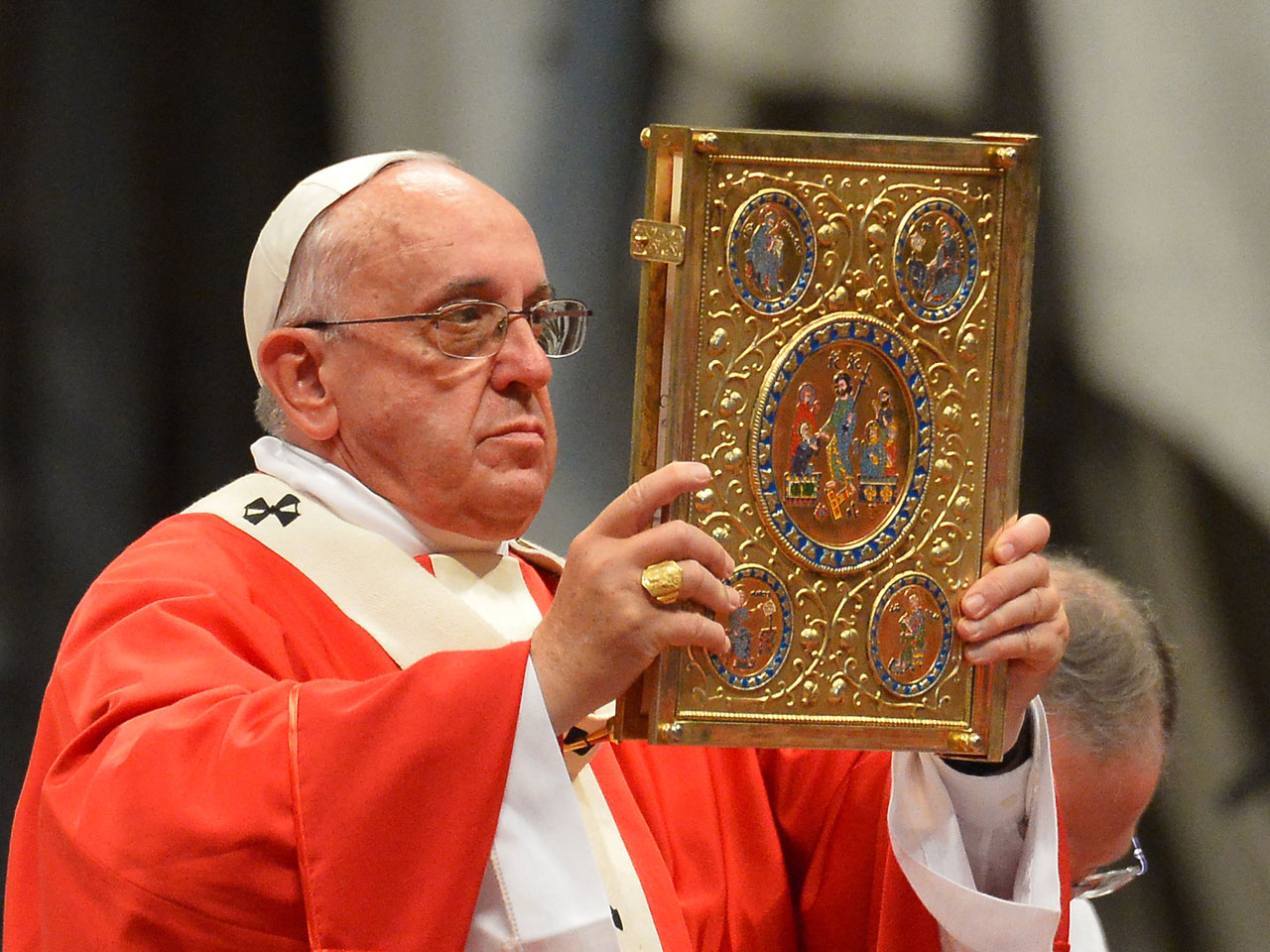 Francis appeared to hold up well Sunday during the more than 90-minute Mass in St. Peter's Basilica to honor Saints Peter and Paul.

The Vatican has played down the cancellations, including one last-minute Friday because 77-year-old Francis had an unspecified "mild" health problem.

The Vatican said he had suffered an "unexpected indisposition," but there were no concerns for his health. Francis has only one full lung, has a bad back and was down with an intestinal problem earlier this month.

Francis, often laughing or smiling, chatted with each of the 24 archbishops kneeling before him to receive a white woolen band symbolizing shared episcopal power.

An hour after the ceremony, he appeared to people in St. Peter's Square from an Apostolic Palace window. He appealed for Iraq's leaders to use dialogue to save national unity and avoid further warfare there.

The Vatican has insisted the pope isn't suffering from any major health issues, pointing to his busy schedule and plans for a whirlwind trip to South Korea in August.