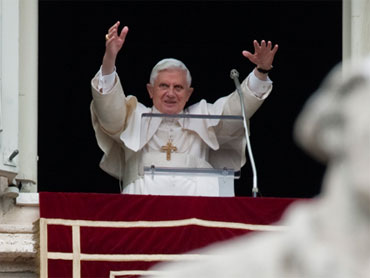 Pope Benedict XVI says he hopes his upcoming letter to Irish Catholics on the sex abuse scandal in the Irish Church helps with the process of "repentance, healing and renewal."

Benedict told his weekly general audience Wednesday that he would sign the pastoral letter Friday and would send it to the faithful soon thereafter.

Speaking in English, Benedict acknowledged the Irish church had been "severely shaken" as a result of the crisis, and that he himself was "deeply concerned."

Those statements fall far short of the demands for an outright apology which have been made by victims advocacy groups in Ireland and Britain. It is not yet clear how far toward an apology, on behalf of the church, Benedict will go in his letter.

Benedict convened Ireland's bishops to a special Vatican summit last month to discuss the fallout from the crisis. The meeting came before reports mounted about similar sex scandals in the Catholic Church in Germany and elsewhere in Europe.

Germany's most prominent Roman Catholic youth organization said earlier this week it was hoping for Benedict to speak out on the church's sexual abuse scandal in his home country.