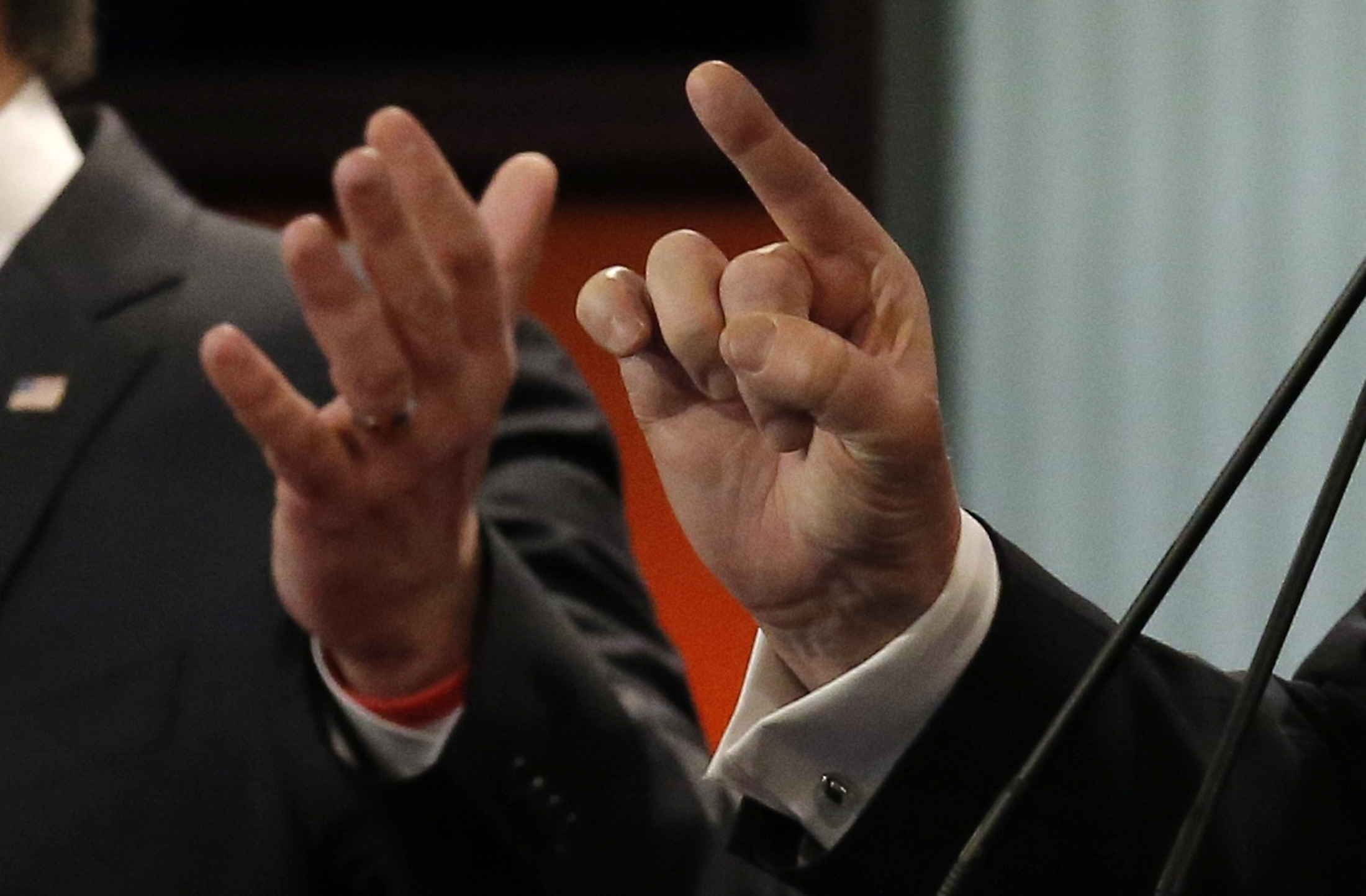 A man based in Portland, Oregon on Monday filed with the Federal Election Commission to launch the "Trump Has Tiny Hands" political action committee.

Henry Kraemer decided to create the PAC after Trump and Rubio engaged in personal attacks over the size of Trump's hands.

At a campaign event last month, Rubio told his supporters, "You know what they say about men with small hands, you can't trust 'em!"

But at last week's GOP presidential debate, Trump brought up that criticism and tried to prove that he doesn't have small hands.

"I have to say this: he hit my hands. Nobody has ever hit my hands. I've never heard of this one. Look at those hands. Are they small hands?" Trump said. "He referred to my hands. If they are small, something else must be small. I guarantee you, there's no problem."

Kraemer told The Hill newspaper that he hasn't decided whom to support, but joked about the size of Trump's hands.

"When a call comes into the White House at 3 a.m., will Donald Trump's tiny baby hands be able to lift the phone receiver?" he said. "This is something Americans should know before voting."

Kraemer was a campaign aide for Barack Obama's 2004 U.S. senate campaign and is now the program director for a grassroots community organization called the Bus Federation.

It's not difficult to set up a PAC. Just about anyone can do it -- there is no charge, and interested parties with a bank account can file a cover letter and the four-page Statement of Organization to the Federal Election Commission.