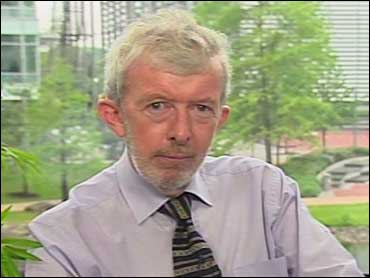 Eighty-two thousand, three hundred and nineteen British men and women are currently detained - as we quaintly call it - at Her Majesty's pleasure. It is an all-time record. Not that our Queen Elizabeth takes very much personal pleasure in locking them up in her prisons - especially since so many of them seem to be quite happy behind bars at our expense.

Recent statistics show that despite Britain's rapidly rising prison population, there has been a dramatic fall in escape attempts. You can prop a ladder up against the wall and arrange a getaway car, but they still stay put.

You see, life on the inside has become much too cozy. Take Her Majesty's Prison Hewell Grange in leafy Worcestershire up in the midlands of England. It is high on the five star wish list for offenders seeking a touch of class - more like Alhambra Palace than Alcatraz!

Hewell Grange was once a stately home, set in glorious parkland with a history that dates back to King Henry the Eighth. If you are lucky enough to be sent there, you can marvel at the marble floors, peruse the fine carvings on the oak panelled walls, or - after an excellent dinner - spend a relaxing hour or two in the billiard room and the gymnasium. Everything, of course, is absolutely free.

They don't take any old riff-raff, you understand. Violent criminals are sent elsewhere. But there are several kidnappers at Hewell Grange right now who give it rave reviews and wouldn't leave if you paid them. In fact, even in the more traditional institutions, where life was supposed to be really tough, they are busy refurbishing kitchens and accommodation to offer tomorrow's inmates a proper menu and a comfy cell to sleep it off.

Going to a British jail has become so popular that the Government is asking courts not to hand out so many prison sentences. Who said crime doesn't pay?
By Ed Boyle