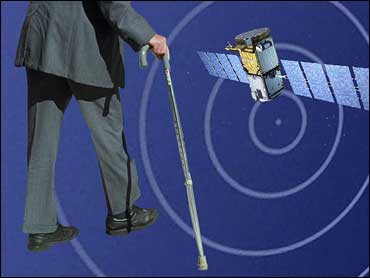 Seniors suffering from dementia could have their movements tracked by a system of satellites, so that their whereabouts are monitored more effectively, a British parliamentary hearing was told today.

Malcolm Wicks, Britain's Minister of State for Science and Innovation, told a parliamentary committee that satellite tracking could allow people such as Alzheimer's disease patients to move freely — while ensuring they were being supervised.

"Some might benefit from being monitored so that their families know they are safe and secure," Wicks said.

He suggested satellite technology, such as that used to monitor weather patterns, could be adapted to help Britain's aging population, and that experts had told him such as system was feasible.

"Are there other uses of satellite technology which could benefit society? For example, we've got an aging population, with many people frail and many suffering from dementia, including Alzheimer's," Wicks said.

More than 700,000 Britons suffer from dementia, according to the Alzheimer's Society. The number of Alzheimer's cases in Europe — currently at 5.5 million — is expected to double in the next 50 years.

Mervyn Kohler, Head of Public Affairs for Help the Aged, a service organization for the elderly, told The Evening Standard, "In principle I wouldn't mind seeing this technology developed. But we don't see it as a single solution and it does seem a little bit Big Brother-ish."