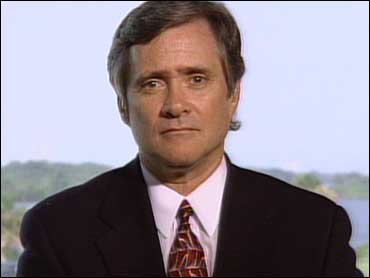 One week after the space shuttle Columbia disaster, CBS News has exclusive new information on what might have damaged the spacecraft and left it vulnerable to the searing heat of re-entry. It's a potential new clue to the failure that claimed the lives of seven astronauts.

NASA flight controllers are looking into the possibility, we've learned today, that something might have struck the shuttle about a day after launch.

That's not clear yet. But sources say data from Air Force tracking radar indicates the possibility that a piece of the shuttle may have come off. They see something that appears to be separating from the orbiter about five meters per second. That's about 11 miles per hour.

It's not confirmed yet, but flight controllers are going back through their data to see if there's anything in the telemetry from the shuttle that would indicate what might have happened.

Obviously, if something did come off the shuttle with the velocity like that, it implies that perhaps the shuttle was struck by something, with space debris being a possibility, and that could then explain what might have weakened the wing and the thermal system of the shuttle to leave it vulnerable during re-entry.

All that has yet to be confirmed. This is simply a potential clue that NASA is giving much attention to.

But there could be another explanation than something hitting the shuttle.

They're looking back at the telemetry to see if perhaps the shuttle was doing a water dump at that time. The shuttle periodically dumps water overboard that instantly turns to ice and streams away from the orbiter.

But sources have said that it looks as if the object might have been in orbit another two days before re-entering the atmosphere, and that's not consistent with a water dump.

But it's way too early to say if something in fact came off the orbiter. They're looking at various data to see if they can see if the shuttle shook a little bit.