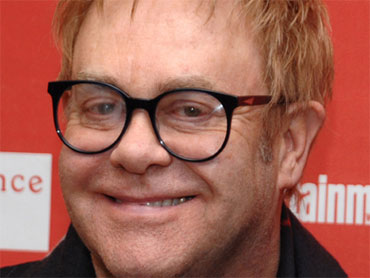 As the guessing game hits a fever pitch over where and when Prince William and Kate Middleton will walk down the aisle, royals watchers are also trying to get a line on who'll provide the entertainment.

And CBS News contributor Neil Sean is floating some very big names - as you would expect at a royal wedding.

"(I'm also hearing) George Michael, and maybe even James Blunt, who performed, of course, 'You're Beautiful,' is a big fan of William and Kate's, and they're big fans of his. I'm guessing he might be at the wedding breakfast. You never know!

"He knows them quite well. I interviewed him recently and he got a little bit cagey, because I said, 'Obviously, when they get married, would you be there, and perhaps providing the entertainment?'

"You know when they go red and then they go quiet?" Sean said. "You kind of get the feeling that that song meant something to Kate."

He also predicted the Spice Girls may be on the list, "because William had a bit of a crush on Baby Spice, and apparently, '2 Become 1' is a favorite track (of his)."