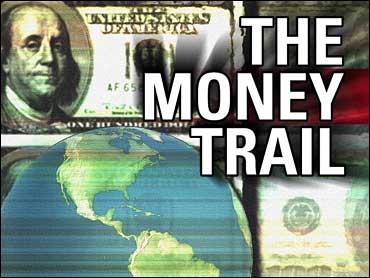 A link between the Saudi government and the hijackers, if true, "raises the stakes substantially of what the threat is in the United States," said Democratic Sen. Bob Graham of Florida, outgoing chairman of the Senate Intelligence Committee.

Such a network could "facilitate the next wave of terror."

The White House on Saturday defended the FBI's handling of a diplomatically sensitive investigation into reports that Saudi Arabia provided money that helped support two of the Sept. 11 hijackers.

In its defense of the FBI, the Bush administration also denied another contention of some lawmakers - that the bureau has not done enough to examine fully the financing of the 19 hijackers, 15 of whom were Saudi citizens.

Questions about the investigation could become troublesome for the administration, which is seeking the Saudis' help for a possible military campaign against their neighbor, Iraq. Saudi Arabia has been noncommittal, torn between its friendship with the United States and anti-war sentiment among the Arabs.

Members of the House and Senate intelligence committees, which are conducting a joint inquiry into the Sept. 11 attacks, expressed misgivings about the FBI investigation. Lawmakers believe the bureau has not examined vigorously the possibility that the Saudi government might have given money to two men who provided financial help to hijackers Khalif al-Mihdhar and Nawaf al-Hazmi.

A congressional aide, speaking to The Associated Press on Saturday on on condition of anonymity, said the issue is part of a broader concern that the FBI has done too little overall to determine how last year's attacks were paid for and by whom.

Dan Bartlett, an administration spokesman who accompanied President Bush to a NATO summit in Europe, said the FBI has been investigating the possible Saudi link, "and I'm not going to prejudge the conclusion of that investigation."

"As anyone who knows this issue will tell you, it's very difficult to track financing of terrorist networks, because most of it is done in cash," he said. "I don't agree with the assessment it's not been aggressively pursued."

Sen. Ron Wyden, a member of the Intelligence Committee, would not discuss details of the financing investigation but said, "So much of the focus on Iraq has clearly taken a toll with respect to some of the vigilance and oversight that needs to apply to others in the region."

He also said he has been dissatisfied with Saudi cooperation in the congressional investigation.

"I do think the administration should be pushing the Saudis more to be helpful to our country. I think they need us more than we need them," said Wyden, D-Ore.

A draft report by a joint congressional committee looking into the terrorist attacks says the CIA and FBI ignored the possibility that two of the hijackers, al-Midhar and al-Hazmi, both Saudis, were given Saudi money from two Saudi men they met in California in the year before the attacks, The New York Times reported in its Saturday editions.

The two, who both lived in San Diego for a time, were on the plane that crashed into the Pentagon.

The committee also accused the Saudi government of not fully cooperating with American investigators.

The two hijackers met with Omar al-Bayoumi and Osama Basnan, who were receiving financial support from the Saudi government, the Times said. Officials were not sure what kind of stipends they were receiving, the newspaper said.

Newsweek said, however, the FBI uncovered financial records showing payments to the family of al-Bayoumi from a Washington bank account held in the name of Princess Haifa Al-Faisal, wife of the Saudi ambassador to the United States and daughter of the late King Faisal.

Sources said the payments amounted to about $3,500 a month. The money filtered into the al-Bayoumi family's bank account in early 2000, just a few months after al-Midhar and al-Hazmi arrived in Los Angeles from an al Qaeda planning summit, Newsweek said in a report posted on its Web site Friday night.

Payments for roughly the same amount began flowing every month to Basnan.

Administration officials told Newsweek they did do not know the purpose of the payments from Princess Haifa's account. They also were uncertain whether the money was given to the hijackers by al-Bayoumi or Basnan.

A spokesman for the Saudi embassy told CBS News on Saturday that the students received no money from Princess Haifa's account, that the allegation is "absolutely not true," and that the Princess is prepared to cooperate fully with the investigation, according to CBS News correspondent John Roberts.

FBI agents found the phone number of the Saudi Embassy in Bayoumi's apartment, the Washington Post reported in its Saturday editions. But Saudi officials insisted to the Post that there was no link between Bayoumi and any Saudi government employee, and that they had no knowledge of his activities in California.

Both al-Mihdhar and al-Hazmi were aboard the plane that crashed into the Pentagon. They lived briefly in San Diego and are believed to have received help there from Omar al-Bayoumi and Osama Basnan.

Newsweek reported on its Web site that the FBI uncovered financial records that show payments to an al-Bayoumi bank account from a Washington account in the name of Princess Haifa al-Faisal, wife of the Saudi ambassador and a daughter of the late King Faisal.

Sources said the payments were about $3,500 a month. The money filtered into the al-Bayoumi family's bank account in early 2000, just a few months after al-Mihdhar and al-Hazmi arrived in Los Angeles from an al-Qaida planning conference in Malaysia, Newsweek said.

Payments for roughly the same amount began flowing every month to Basnan.

In a statement, the FBI refused to give details of its investigation but said: "Since the terrorist attacks of 9-11, the FBI has aggressively pursued investigative leads regarding terrorist support and activity."

Al-Bayoumi was detained on that charge in Britain, but it was not an extraditable offense and he was released. It is not known whether Basnan is in custody.

A $1 trillion federal lawsuit filed by relatives of the Sept. 11 victims accuses members of the Saudi royal family, the government and Saudi banks and businesses of financing the plot.

"It would be derelict not to raise it," he said.