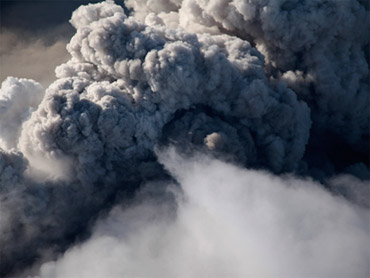 A major U.S. jet engine maker announced Thursday it will investigate the effects of volcanic ash on the engines of aircraft that have flown through the plume.

Honeywell Aerospace's engines powered several of the planes sent up to collect scientific data after eruptions of the volcano in southern Iceland in April and May suspended European air travel. The planes, which accumulated dozens of hours of flying in the clouds, were operated by Germany's national aeronautics research center DLR and by the British weather service.

The two TPE331 turboprops that powered the German Dornier 228 have been returned to Phoenix, Arizona, where they will be disassembled and analyzed in detail, said Ronald J. Rich, vice president of propulsion systems at Honeywell.

The Honeywell probe is believed to be the first such detailed analysis of engines affected by ash particles since the 5-day closure of European airspace last month.

The unprecedented closure of European airspace because of a volcano caused direct losses of more than a billion euros ($1.3 billion) to the airlines affected, and as much as 1.5 billion ($1.95 billion) to other businesses.
Few doubt that flying a plane directly into the plumes of a volcano could disable the aircraft. But it remains unclear whether the abrasive particles present a hazard to the jets outside the immediate area of the volcanic plume, once it is dispersed by high-altitude winds.

Airlines have blamed European regulators for overreacting to what they say was a manageable threat and have demanded that internationally recognized standards of ash contamination be set.

"The industry has little information on the affects of volcanic ash ingestion in turbine engines, and we hope the data we gain from this effort will help define operational impact to the engine and any damage to components," Rich said in a telephone interview.

"These volcanic eruptions give us an opportunity to systematically analyze volcanic ash impact to our engines, and this examination could yield a basis for future turbine engine performance and maintenance service data."
Over the past three decades, civil aviation has become increasingly aware of the dangers of flying through the microscopic fragments of rock and pumice that make up ash clouds.

Jet engines are highly complex machines designed to function in environments free of debris and corrosive gases, and the effects of volcanic ash have severely endangered safety on flights that directly overflew erupting volcanos.

Inside the engines, the particles stick to the hot core and form a glasslike coating, grinding up turbines, bearings, and other moving parts. This can lead to the immediate loss of thrust and eventually to engine failure.
International regulators such as the International Civil Aviation organization and the European Aviation Safety Agency have been trying to establish safe levels of particle contamination in the airspace.

Rich said he expected the probe to last at least a month. Results will be reported to the Federal Aviation Administration and the European Aviation Safety Agency, he said.

"I just don't know what we're going to find," he said. "That's why we're interested in looking into these engines. We want to gain insight into what they are telling us."