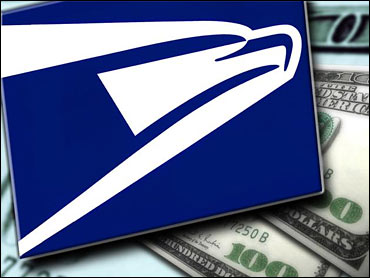 The Postal Service is offering $15,000 buyouts to employees in an effort to cut costs at a time when the post office is being buffeted by the recession and the popularity of e-mail and electronic bill payment.

Up to 30,000 employees could take the offer at a total cost of about $450 million, the agency said Tuesday. The post office said it could save as much as $500 million in the next two years.

The agency said it reached an agreement on the buyout offer with the American Postal Workers Union and the National Postal Mail Handlers Union.

The majority of those who could take the buyouts work in the mail processing facilities, the post office said.

The offer is open to those eligible for retirement and early retirement. It also includes employees in select positions, such as retail clerks, distributors and mail handlers who are willing to resign voluntarily.

Letter carriers, who are in different unions, weren't offered the buyouts because the number of addresses the post office must service is growing, Postal Service spokeswoman Yvonne Yoerger said. "That's not an area where we need reduction," she said.

The workers have to decide by Sept. 25.

Employees who take the offer would get paid $10,000 over the months of October, November and December. They would get an additional $5,000 in October 2010.

The buyouts are part of a series of cost-saving efforts by the post office. A hiring freeze is also in place and management salaries have been frozen. The post office has also cut more than 100 million work hours since the fiscal year started last Oct. 1. It's stopped construction of new facilities and closed six district offices, along with other steps.

The Postal Service lost $2.4 billion from April through June, according to numbers released earlier this month. The agency has lost $4.7 billion so far this year and expects to be $7 billion in the red by the end of the fiscal year on Sept. 30.