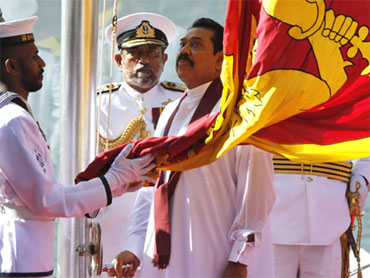 The Postal Service is going to a faster means of transportation — for advertising.

As its contract with the U.S. Pro Cycling Team lead by five-time Tour de France winner Lance Armstrong runs out at the end of the year, the agency has taken on an associate sponsorship of a NASCAR team: The No. 27 car owned by Brewco Motor Sports and driven by Johnny Sautter.

"This sponsorship will be for the remaining races in the 2004 NASCAR Busch series," Joyce Carrier, director of Public Affairs, told CBSNews.com.

That means that for the remainder of 2004, the U.S. Postal Service will be sponsoring both bicycle and auto racing.

The USPS sponsorship of cycling came under fire by those who wondered why a government-owned company with a monopoly on mail delivery had a need to advertise at all. The USPS explanation was that cycling is very popular in Europe, where the agency must compete with other carriers for the lucrative express delivery business.

But NASCAR's audience is mostly in the U.S.

Carrier is quick to point out that the USPS is not supported by tax money and is expected to compete and turn a profit, just like any other business.

"We advertise because we feel we have very good products and services to offer the public, beyond our first-class mail, and those products compete with other companies, and we feel we offer a very excellent service and a very good price and we want people to know about that," Carrier said.

In the past, the Postal Service has advertised its Express Mail overnight delivery service on the outfield walls of Major League Baseball parks. Now it wants to try stock car racing.

"NASCAR fans ... are among the most loyal in sports. They have 94 percent of the fans feeling positive about NASCAR sponsors and 72 percent consciously choosing products that support their racing, so we feel that's a good mix," Carrier said. "Cycling has been a wonderful sport for us, too, and we have loved the fans of that sport, too.

The USPS logo went on the decklid (hood) and lower quarter panel of Sautter's car earlier this month, and he is expected to compete in this Sunday's Goulds Pumps ITT Industries 200 in Nazareth, Pa., and the Carquest Auto Parts 300 in Charlotte, N.C., Memorial Day weekend. Sautter is currently 11th in points among NASCAR drivers on the Busch circuit.

Armstrong goes for his sixth straight Tour de France crown beginning July 3. This is the eighth year the 32-year-old Texan has been sponsored by the Postal Service, but he says retirement at the end of the season is hard to imagine.

By Lloyd A. de Vries