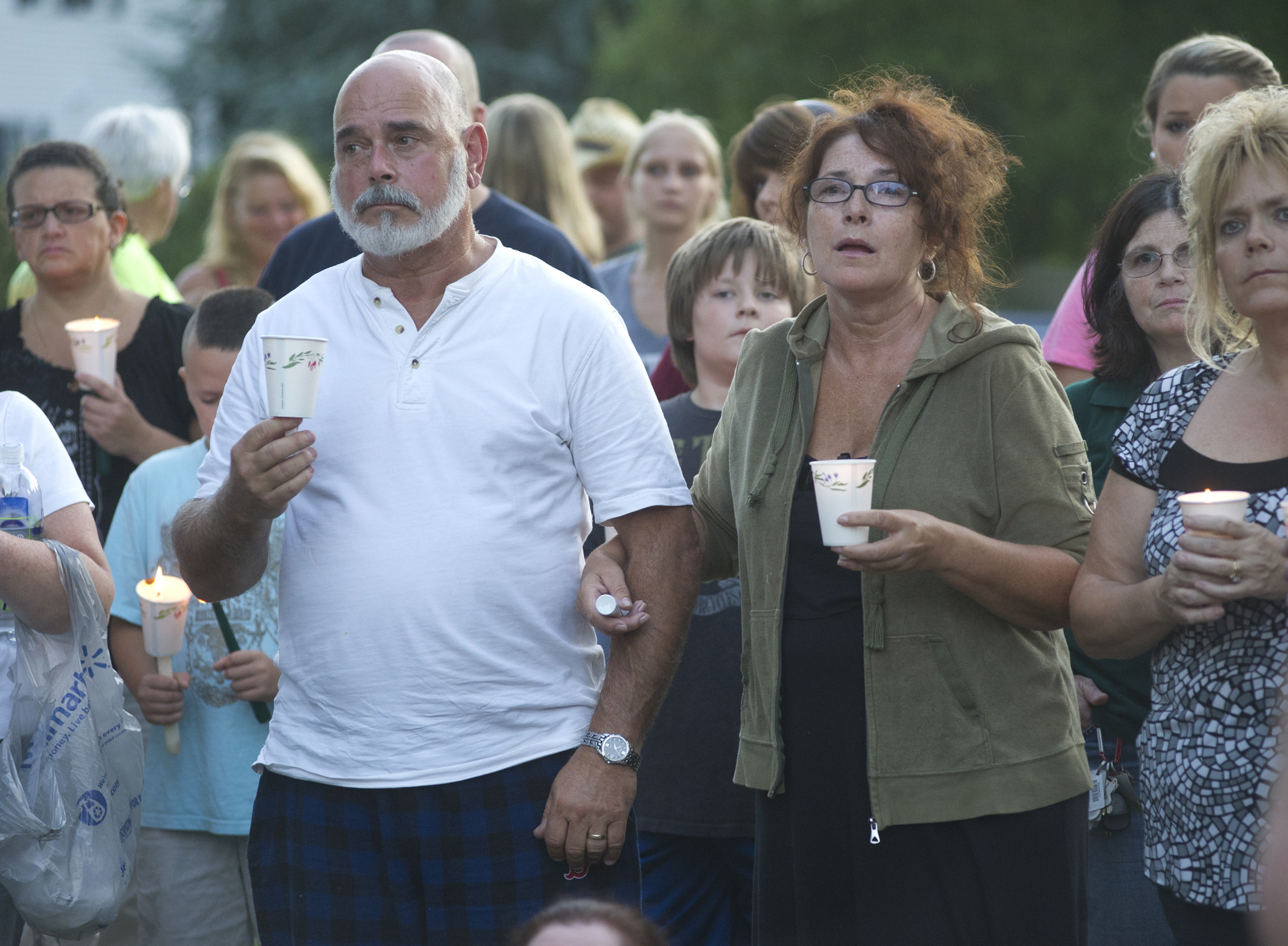 (CBS/AP) OXFORD, Mass. - A hospital spokeswoman said Monday that 9-year-old Owen Benway is in critical condition and fighting for his life after his father Daryl Benway allegedly shot him in a weekend attack in Massachusetts. Police said the 41-year-old father also killed his daughter Abigail Benway, 7, before committing suicide.

Benway had separated from his wife just weeks before opening fire at the family's home in Oxford on Saturday, police said. Friends and neighbors reportedly said Benway was under extreme stress, having recently lost his job and fearful of foreclosure.

Nearly 1,000 people reportedly attended a prayer vigil in Oxford on Monday night, including friends and classmates of the children. Abigail was to start second grade at Chaffee Elementary School. Schools officials are offering grief counseling.

Kelleen Benway, the children's mother, posted a message on her Facebook page Monday saying, "I want to thank all that keep Abby and Owen in their prayers. I am truly devastated without my little girl and hanging on to my son with all I am. Please continue to pray for Owen."