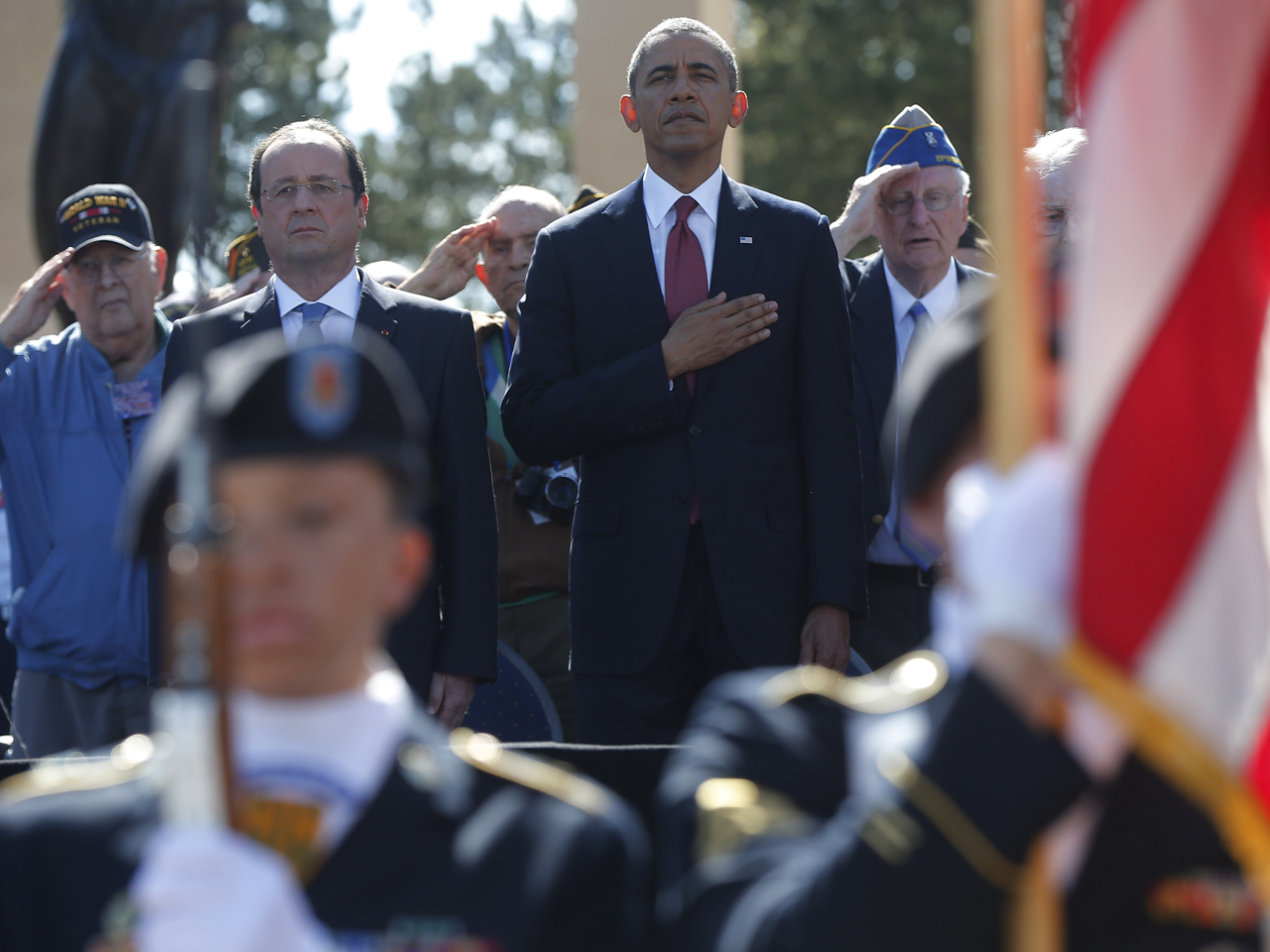 COLLEVILLE-SUR-MER, France -- President Obama arrived Friday on the shores of Normandy, where waves of U.S. forces came by air and sea to liberate Nazi-occupied France 70 years ago.

"Here, we don't just commemorate victory, as proud of that victory as we are; we don't just honor sacrifice, as grateful as the world is; we come to remember why America and our allies gave so much for the survival of liberty at its moment of maximum peril," the president said.

President Obama recounted the story of the US-led Allied invasion -- how the "world's bloodiest beach" became "world's busiest port" and the "tide was turned in that common struggle for freedom" by "men who were willing to lay own their lives for people they'd never met."

Of the more than 4,400 Allied troops killed in the D-Day invasion, 2,499 were American servicemen. The president connected the sacrifices of those men with the men and women serving today.

"We have to honor those who carry forward that legacy today, recognizing that people cannot live in freedom unless free people are prepared to die for it," said Mr. Obama.

Presidents Obama and Hollande laid a wreath and greeted some of the D-Day veterans in attendance. Roughly 1 million World War II veterans are alive today. On the 80th anniversary of D-Day, the Department of Veterans Affairs estimates that number will drop to only about 100,000.

His speech came on the final day of the president's European tour, which has focused largely on the U.S.'s role in helping to ensure a sovereign, peaceful Ukraine can emerge from the recent crisis which saw Russia annex the Crimean Peninsula and continues to manifest itself in bloodshed in eastern regions.

He'll come face to face with Russian President Vladimir at a lunch today, though there is no plan for formal diplomatic talks. It will be their first in person encounter since Russia annexed Crimea in March.