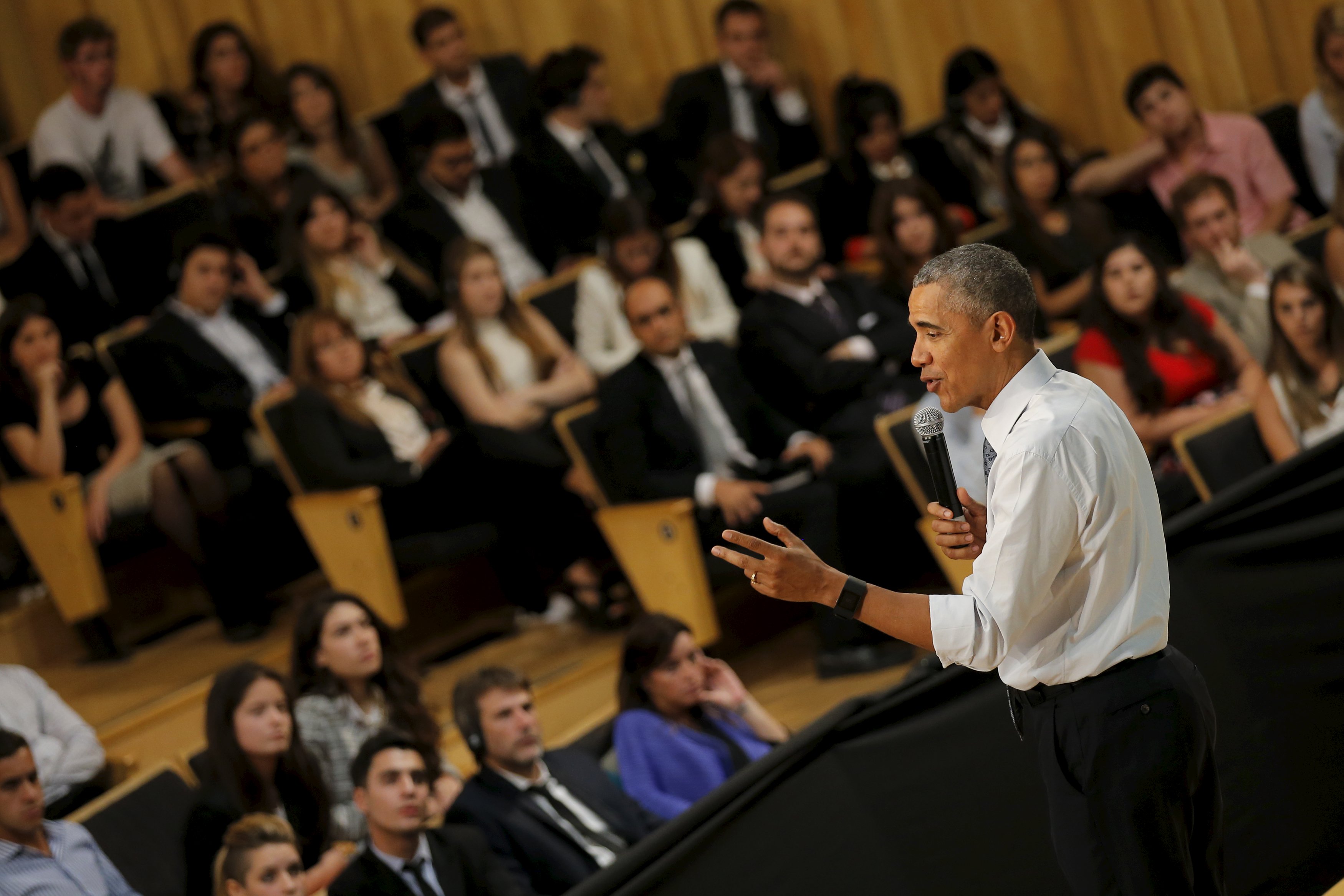 President Obama shared a light-hearted moment with a young Argentinian woman who questioned him at a town hall event in Argentina -- about automatic toilets.

The 16-year-old girl, who attended Mr. Obama's question-and-answer event with entrepreneurs at the Usina del Arte in Buenos Aires, told him that she'd attended the Young Ambassadors program in Kansas City, Mo., then asked him why it's so difficult for world leaders to get along.

He responded with a question for her first: what did she find most different or most surprising while she was in the United States?

"I'm really sorry, the question -- the answer is not going to be a serious one, but -- toilets," she said, smiling.

"Were they better or worse?" he responded.

"They were better, but they were automatic so it's like, kind of scary to get up," she replied.

"Oh, that's a good point. If you don't know what's happening, you jump up," Obama said, jumping up quickly to demonstrate.

Answering Mr. Obama's question again, the girl said she was surprised during her time in the United States by "how the students see the world from a different perspective."

Mr. Obama arrived in Argentina Tuesday evening; he will return to the United States on Thursday.