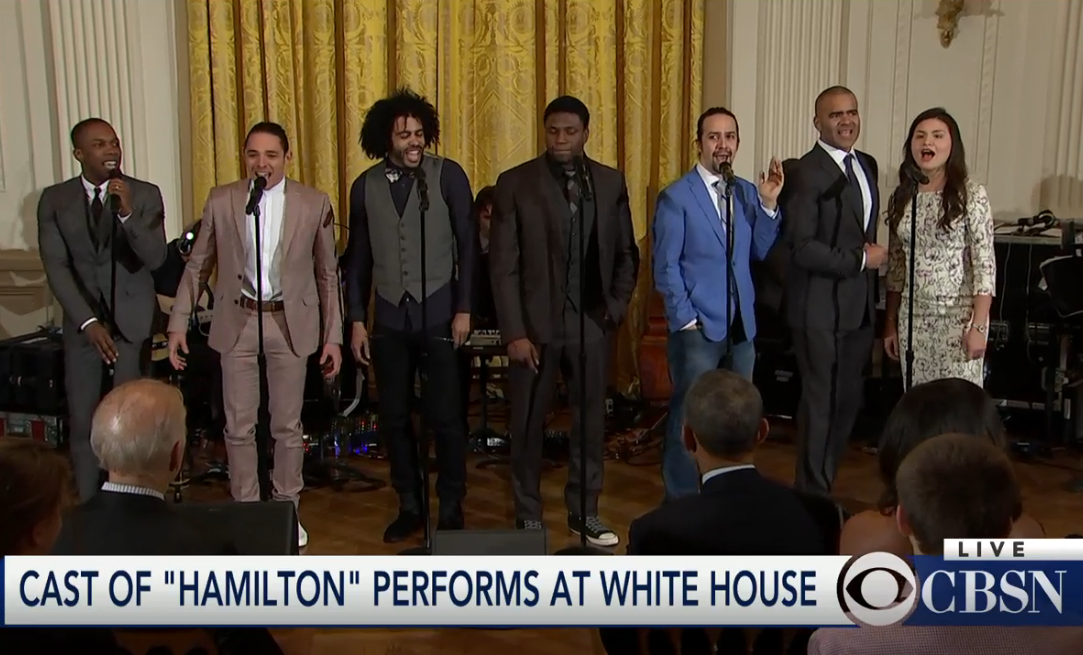 President Obama welcomed the cast of the smash Broadway musical "Hamilton" to the White House Monday evening, praising the show and the cast's efforts to bring it to low-income students.

"Hamilton is not just for people who can score a ticket to a pricey Broadway show," he said before the cast performed several selections from the show. "It is a story for all of us, about all of us."

Obama added that the musical uses modern hip hop music to tell the story of the founding of the United States, noting that its cast is "as diverse as America itself."

Obama's remarks, and the cast's performance, came after a day of workshops First Lady Michelle Obama hosted with cast members and students. "We did have one rule: which is no dueling on the nice furniture, some of which is antique," Obama said.

He even joked that the show is one of a precious few things that get bipartisan agreement around Washington.

"Hamilton, I'm pretty sure, is the only thing Dick Cheney and I agree on," he said, referring to the former vice president.