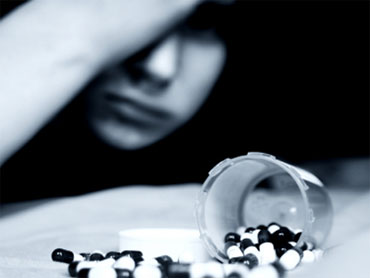 Recently, teen suicide was in the news because a cluster of them occurred at Cornell University. Tragically, about 4500 young Americans aged 10 to 24 take their own lives every year. It's the third leading killer of young adults in the United States. A survey of high school students found that 15 percent had considered suicide within the previous year.

In recent years, the role of the Internet in teen suicide has come under scrutiny, particularly with the occurrence of cyber-bullying and even on-line suicide.

But during this week's CBS Doc Dot Com, Dr. Moira Rynn, Associate Professor of Clinical Psychiatry at Columbia University Medical Center, taught me that when it comes to diagnosing and treating mental illness in kids, there's also a bright side to the Internet. With permission, therapists can look at social media sites used by their young patients and gain all sorts of insight into peer relationships. A Facebook wall can be worth a thousand words of therapy. Dr. Rynn discussed a wide range of issues surrounding teen suicide, including warning signs, challenges for parents and friends, and different forms of treatment. Click below to watch the video: