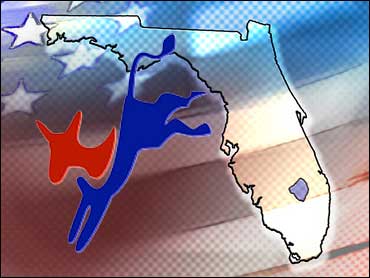 This column was written by John J. Pitney Jr..

Ponder the virtues of chaos.

I'm not talking about a weird mix of moral philosophy and higher mathematics. I'm talking about the presidential-nomination process.

The occasion for this contrarian thought is the Democratic National Committee's decision to bar Florida delegates from the 2008 national convention unless the state party delays its 2008 primary. The Florida legislature had set January 29 as the date. But under party rules, only Iowa, New Hampshire, Nevada, and South Carolina may hold primaries or caucuses before February 5. Those rules also empower the DNC to pistol-whip states that jump the line.

Florida Democrats may sue, and there's a remote chance that a judge could step in. They could yield by declaring the January 29 contest to be a mere dress rehearsal — but some candidates might still campaign there. In fact they might do so even if the state party defies the DNC and holds a binding primary on the forbidden day. What's more, Michigan may do something similar.

Meanwhile, Republicans have their own distinct rules and schedule. Their national committee might punish the Florida GOP for going early, but by stripping only half of its delegates. In certain other states, Republicans and Democrats will pick delegates on different days or with different methods.

More changes may be looming. Though recent election cycles have featured a "front-loaded" process, the calendar has never been this compressed or capricious. It's as if the parties were reenacting the Monty Python Confuse-a-Cat sketch.

The motive behind the movement is obvious: Envying the plus-sized influence of Iowa and New Hampshire, other states want to vote early. The reaction is familiar: Political professionals condemn a "broken" process that costs too much and ends too fast. It's no wonder Democrats are complaining louder than Republicans. In the language of politics, "We must reform the process" often means "My guy lost last time."

A reform bill in the Senate does have a GOP co-sponsor: Lamar Alexander of Tennessee. As you may recall, he mounted two losing campaigns for his party's presidential nomination.

The reform plans may have merit, but is the current chaos really all that bad? It will be entertaining to watch candidates spend January frantically hopping from state to state, trying to turn modest showings into major symbolic victories. It will be a multilevel head game, complete with painful rituals and feats of strength. After the long rigors of holiday season, the rest of us will derive perverse pleasure from watching politicians undergo their own version of Festivus.

OK, that's trivial. But there's at least a semi-serious reason to applaud the messiness of Campaign 2008. With Web sites, television debates, and town hall meetings, candidates have already laid out their issue positions as clearly as they care to. If their backgrounds disqualify them in some way, we can count on their foes' opposition researchers to get the relevant dirt into the media. A chaotic campaign will tell us something else.

In order to survive, candidates must cope with a fluid environment and constantly changing rules of engagement. They need flexible strategies and nimble organizational structures that allow for abrupt tactical shifts. That sounds like a pretty good test for people who want to be president.

Obviously, campaign decisions differ in many ways from the world-shaping choices that take place in the White House. But a messy, nerve-jangling primary season can weed out candidates with overly rigid frames of mind.

Reformers yearn for an "orderly" process, but what does "orderliness" have to do with the world of the 21st century?

Police said this was a targeted attack. An investigation into the shooting is ongoing and there are no suspects in custody.