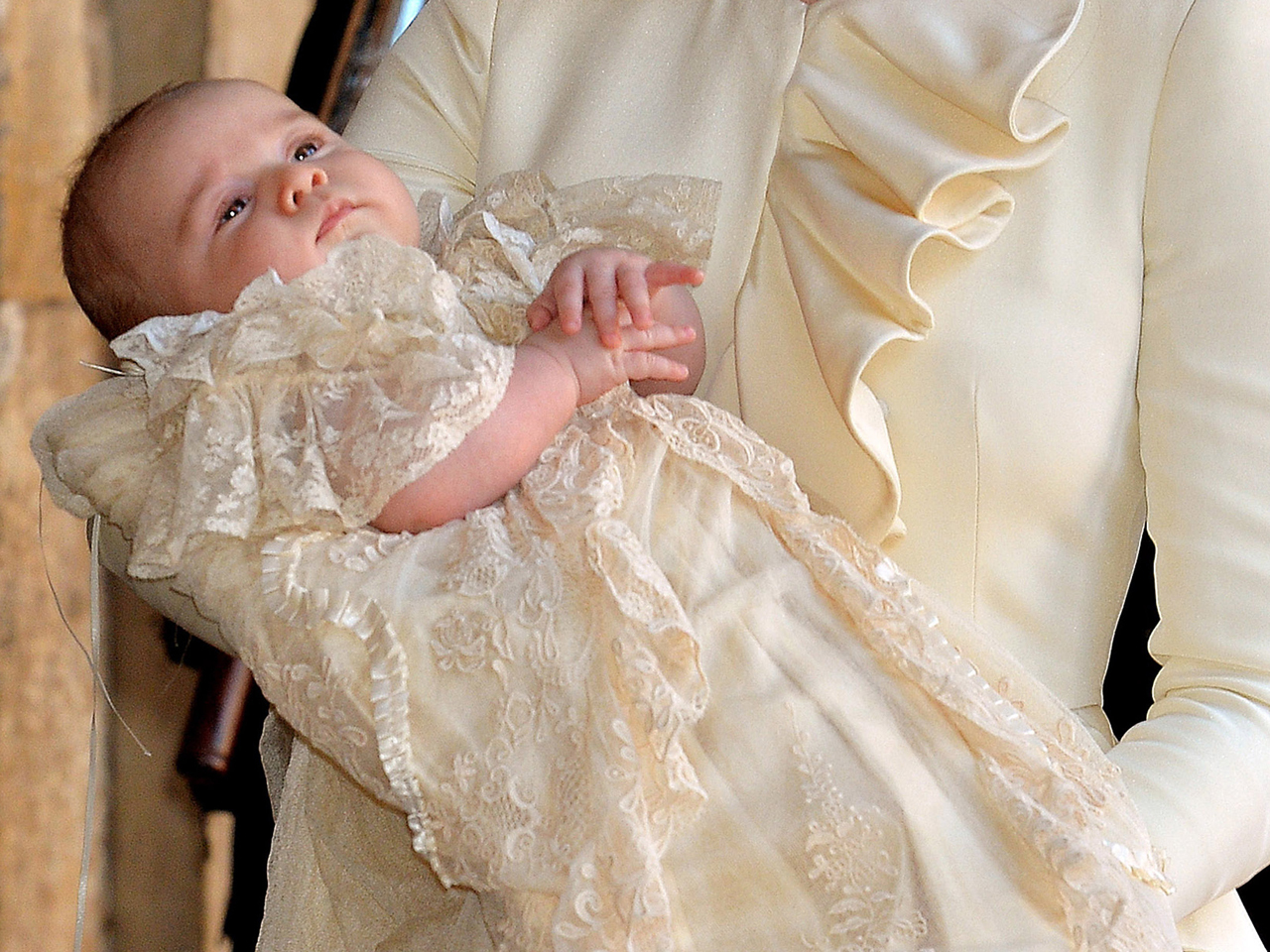 She is pictured with her son Prince Charles, grandson Prince William and great-grandson George in the photo, released Thursday.

This marks the first time in 120 years that such a photo has been taken. The last time a sitting monarch was alive with three direct heirs was Queen Victoria.

That photo and three other official portraits were taken Wednesday by photographer Jason Bell in the Morning Room at Clarence House, immediately following George's baptism in the Chapel Royal at St. James's Palace.

One picture shows 3-month-old George, wearing a replica of an intricate lace and satin christening gown made for Queen Victoria's eldest daughter and first used in 1841, with his parents, William and Kate, Duchess of Cambridge.

Another shows the trio with the queen and Prince Philip, Charles and wife Camilla and Prince Harry, while the third photo shows the royals along with Kate's family -- parents Michael and Carole Middleton, sister Pippa and brother James.

George's christening was a private service attended only by a few members of the royal family and the Middletons, the baby's seven godparents and their spouses.